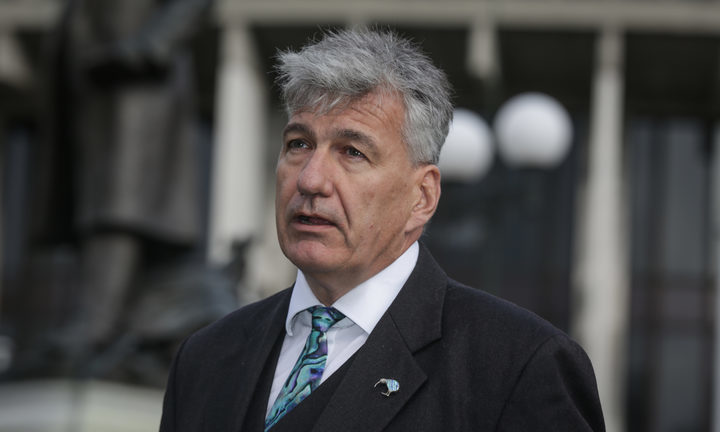 Dr Alistair Humphrey says the intensification of farming has lead to run off that has polluted drinking water sources. Photo: RNZ / Conan Young

The government is establishing a regulator to oversee the enforcement of high drinking water standards to prevent a repeat of the contamination of Havelock North's water supply three years ago.

As a result, local government would no longer have the final say on safe drinking water.

Christchurch has had to deal with water quality concerns in recent years with officials reporting dangerously high levels of nitrates in drinking supplies.

Dr Humphrey said he supported the new water regulatory body because Christchurch Regional Council had not had much success protecting the source water.

"To date they don't appear to have had much success. So perhaps a National Water regulator, if it was given responsibility and teeth to deal with Source Water Protection would do better. But you'd need to look into the detail there."

Dr Humphrey said the watchdog would need to be granted significant authority so it could be effective.

"There are parts of the country which ultimately have had to limit dairy cattle simply as the only way of reducing nitrates and that's something that a regulator should have the power to do if it considers that intensified farming is causing a problem to source water."

On the streets of Christchurch today, there was mixed reaction to the new regulatory body.

One local, Murray Cullen, saw pros and cons to a national authority. He agreed with the proposal in the principle but said monitoring drinking water was a complex issue and should not be up to central government to take responsibility.

"ECAN has a huge responsibility. I shouldn't bag the farming community but the community in the wider Canterbury plains that feed all the nitrates and other stuff into our aquifers have a responsibility. So it's not just, you know, central government that should be regulating it."

Another local - Marie, who did not want her last name to be used - said urban councils with large ratepayer bases already had the resources to look after themselves.

She could not be sure whether a national authority would in fact make a difference.

"Some councils have a small ratepayer base in a very large area, then yes it would help them ... but for bigger councils, no.

"Auckland city, Christchurch, perhaps Invercargill and Dunedin and the bigger centres, I think they have a larger ratepayer base and they can sort out their own systems."

Marie thought there was a need for a national standard that councils would have to adhere to.

Alan Duffell has spent most of his life in Ashburton but now lives in Christchurch and supported the government's decision, saying he thought the council was too divided to take a unified approach.

"Well, the problems that we have at the moment is you get little factions of the council fighting and squabbling over who's going to get their own way.

"When you put it to central government, a lot of that gets ironed out beforehand and you don't get so much effect from my small pressure groups."

Chlorination of water supplies could become mandatory under the new regulator unless officials can prove their water is safe.

"It's a reality if you don't keep the water supply clean.

"I lived in Ashburton for 45 years. With us, the water was always chlorinated and hasn't done any harm.

"I didn't enjoy the chlorine sometimes, but it's one of those things that happens, you know, if you have a water supply like they have where it is susceptible to infection getting into it, then you're stuck with it."

However, for some Cantabrians, chlorination of the city's water supply was no laughing matter.

Trent Pepe was among those.

He said the chemical process had caused major issues.

"The chlorination is just causing problems right through the hot water cylinders. I mean, if you're not servicing those regularly, you're going to have problems with those starting to leak because the chlorine is affecting all those old cylinders, and those sorts of things.

"The consensus around Christchurch is that they want their water back the way it was."

The Water Services Bill will be introduced before the end of the year and will lay out the details of the policy in full.

The bill is expected to come into effect in the middle of next year, and water suppliers will have up to five years to meet the new regulations.