The Mountain Safety Council urges novices to wait until conditions have settled before heading into the backcountry. 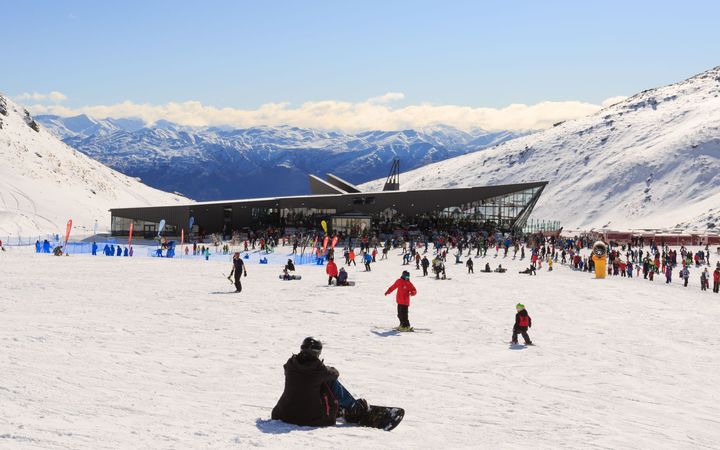 Search and rescue staff were on stand-by on Thursday afternoon after an avalanche near a Queenstown ski field.

It was reported to be one ridge over from the Remarkables Ski Field.

Debris was first noticed about 1pm when a bus driver saw the 150m-long, 95cm-deep avalanche on the gully opposite the ski field's access road.

A team of specialist avalanche rescue dogs were flown in and deployed to Scarpa Run about two hours later to sweep the area for evidence of people caught up in the avalanche - no traces were found.

"However, to make sure, we flew in a dogs team to do a final search. After two sweeps they also found no trace of anyone," Mr Lawrence said.

"Whilst we are thankful no-one has been affected today, it's a timely reminder for anyone who skis or snowboards outside of the ski area boundary, that they need to be aware of the risk of avalanches and to make sure they always take the right equipment with them, including a transponder."

The Avalanche Advisory has an alert in place for dangerous avalanche conditions in high alpine areas around Queenstown, lowering to a heightened risk between 1800 and 1200m.

"It's very challenging conditions out there, it's very dangerous in a lot of places," Mr Kingstone said.

"Our message really is that if you're going to head out into the backcountry, it's really not a time for novices to be heading in. You certainly want to be pretty experienced and able to respond to the challenges out there.

"If you are looking to get out and have a ski, maybe staying inside a ski field would be the best option at this point."

Mr Kingstone said there were three main ways to improve safety while in the backcountry:

MetService is warning up to 35cm of snow may settle on some alpine roads overnight as another cold front hits.