MetService is forecasting widespread fog for much of the morning again today after several flights were disrupted yesterday. 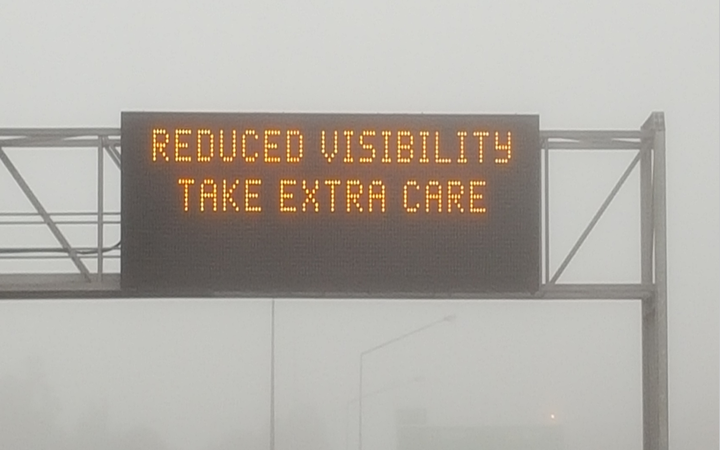 Christchurch Airport listed some flights - to Wellington, Palmerston North and Rotorua, and from Napier and Wellington this morning - had been cancelled, although it was unclear whether the cancellations were fog related.

Forecaster Matthew Ford said it could last much of the morning in places.

"A lot of that fog will break up into this afternoon, there are parts of the east coast of the South Island that'll have low cloud and fog coming off the sea, so that'll probably take a bit longer to clear.

"Also places that are a little bit more sheltered are not going to get as much sun to help get rid of the fog."

He said travellers should keep an eye on the airport websites for flight information.

The delays meant the All Blacks, who were returning after their Test in Argentina on Sunday, had to cancel a media conference that had been planned to take place in Wellington.

⚠️ Areas of fog about the country on Tuesday morning!

Heads up if you've got an early flight ️ pic.twitter.com/8GdStpqa4V