Today is one of the biggest days yet for the Westland clean-up job dubbed Operation Fox. 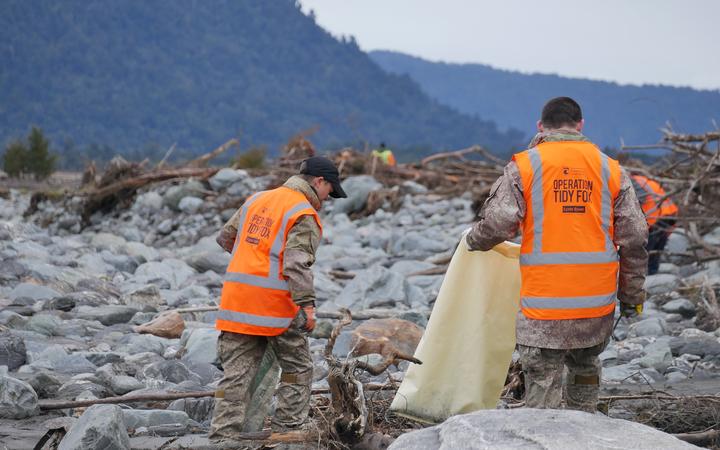 Four months after rain washed out a disused landfill near Fox Glacier, waste is still scattered across 2100ha of the riverbed and coastline - so a large contingent of Defence Force personnel are going on rubbish duty.

Thirty people from the Army, Navy and Air Force are joining volunteers, DOC workers and 18 existing Defence Force personnel in a bid to pick up progress before any spring flooding spreads it further.

Major Dennis Peter said rubbish collection was not out of the norm for Defence Force personnel, who complete volunteer activities.

"But picking up rubbish to this extent is definitely something new," he said.

Volunteers have plucked about 65,000kg of rubbish from the pristine landscape - but that is only from about 30 percent of the contaminated land. Rubbish is still scattered across an area roughly the size of 3000 rugby fields.

Major Peter said the Defence Force could take volunteers to remote locations in their all terrain military vehicles, as well as lifting and removing the heavy bags of rubbish that had already been collected with loader cranes.

Private Nathan Connell, who is one of the drivers, said small pieces of plastic were everywhere.

"It was a real shock when I first went out there, because I didn't really know - I'd just seen it things on the TV," he said. "It's pretty bad. Big scale." 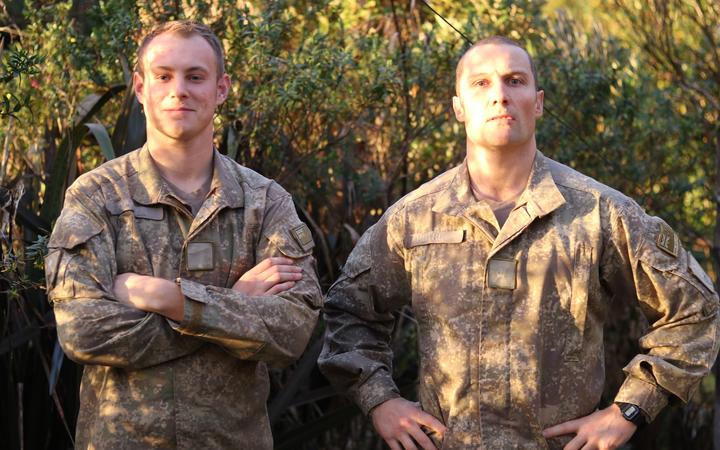 But he said the volunteers and Defence Force personnel were making progress, and keeping up good morale in the field.

DOC officer Owen Kilgour said 10 tonnes of rubbish were being removed each day.

"NZDF has been a huge boost to the logistics of the operation. They're transporting both the volunteers and DOC staff to the riverbed. Their vehicles have really enabled us to efficiently move people around, get them to the work site quickly and safely," he said.

Although the Defence Force will be helping out until mid-August, what they don't know is exactly how much rubbish they'll reach by then.

The Navy's Kieran O'Neill is hopeful factors like the weather will be on their side.

"It's a large area that we have to cover but hopefully ... extra hands will make light work of it," he said.

But DOC and the Defence Force say the biggest factor in their success is the manpower they have and that all comes down to how many volunteers turn up at the Fox Glacier DOC office each morning.

DOC is still appealing for people to help, and expect they'll need volunteer support until about September.