Some flights in and out of Wellington and Christchurch are being delayed, diverted or cancelled because of heavy fog this morning.

SH1 JOHNSONVILLE TO WELLINGTON - FOG - 10:30AM
There is currently considerable #fog on the Urban Motorway and up the Ngauranga Gorge. Please follow the signed speed limits, increase your following distances and keep your eyes on the road! ^RS pic.twitter.com/rLwBc1haIM

Three flights into Wellington from Auckland this morning had to return after low cloud prevented them from landing.

An Air New Zealand flight from Queenstown to Wellington was also diverted to Auckland.

The delays meant the All Blacks, who were returning after their Test yesterday in Argentina, had to cancel a media conference that had been planned to take place in Wellington.

Most flights coming and going from Christchurch Airport were also cancelled or delayed this morning.

Palmerston North was also facing disruptions due to fog.

MetService meteorologist Claire Nickson said the Wellington fog should break up throughout the day.

"So we've had fog that formed up the Hutt Valley overnight last night and essentially what's happened is that a very light northerly breeze has pushed that fog across the harbour and over the airport this morning," she said.

"It's still reasonably thick out there at the moment but as the morning goes on it should start to break up and clear."

Commuters should check directly with their airline about the status of their flight. 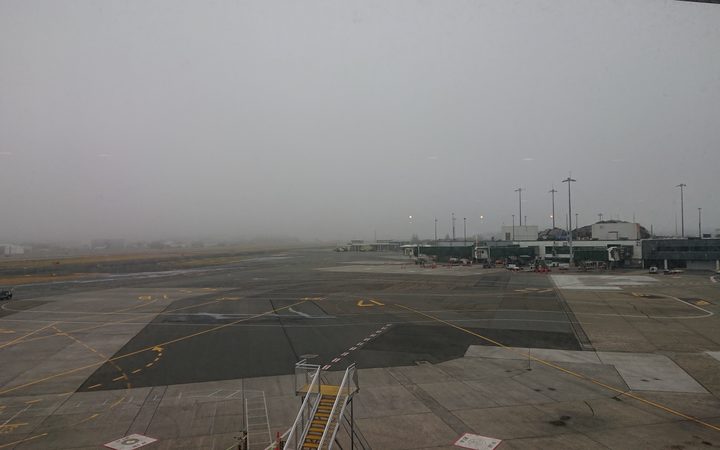