Palmerston North dairy farmer James Stewart has been a farmer all his life, but times are changing. 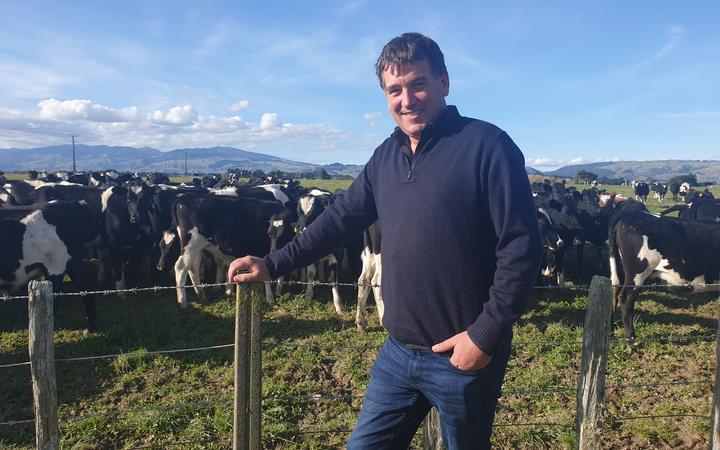 Palmerston North dairy farmer James Stewart is also vice president of the Rural Innovation Lab, which is looking at ways to reduce the environmental impacts of farming. Photo: RNZ

"The biggest challenge for us is the unknowns," Mr Stewart said.

"There is lot of noise coming out our way, mainly around the environmental space and also some of the challenges around synthetic products coming in."

However, if the the Zero Carbon Bill now before the select committee is passed into law, New Zealand will have to achieve net zero emissions by 2050.

Biogenic methane is excluded from this country's net zero goal, but under the bill it needs to be reduced by 10 percent by 2030 and by 24 to 47 percent by 2050.

National Party climate change spokesperson Todd Muller wants to see changes made to the 2050 figures in the select committee process.

"We think the science doesn't demand a level of reduction of that amount, so we would expect that to be looked at again and I have every confidence that we will have a number of scientists, who will participate in the submission process and give us a greater sense of where that number should be," he said.

But Climate Change Minister James Shaw said the figures were in part derived from a report set up by the previous National Government.

"What they found was that with a medium to high degree of confidence that actually the agricultural sector would be able to reduce emissions by I think 24 to 48 percent, so it was almost an identical range by the year 2050," he said.

Government ministers had promised money to help farmers reach those targets. In the May Budget, there was $95 million earmarked for research on climate change and new energy technologies over the next four years. 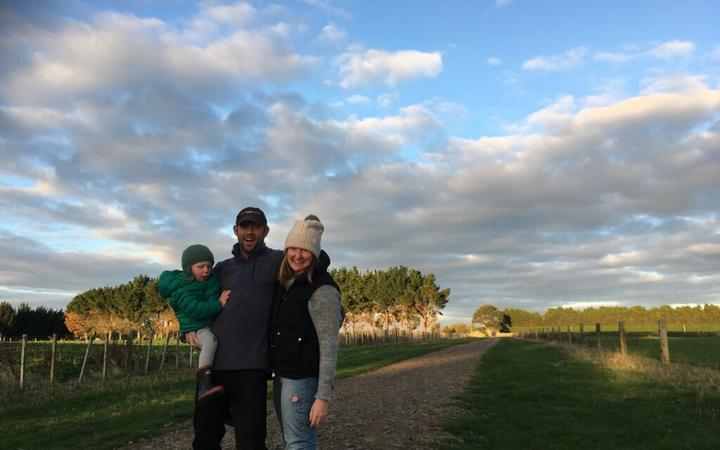 "If we are asked to add a cooling effect, there's only two ways to actually do that - [the first] is via offsets which effectively just reduces the amount of agriculture, which I don't think is actually taking responsibility. The other way to do it is to find the technologies or innovations that we don't know of yet," he said.

Mr Morrison said just replacing farms with trees would not help rural communities and would also give big corporates, such as airlines, the opportunity to carry on as usual, by taking away agriculture as a way to mitigate their own behaviours.

He said whichever path was chosen needed to be achievable for farmers.

"The farming and rural community, they feel like they're not supported in terms of being given the option to carry on with their business and take responsibility for the issue, that the only way forward is to lose big chunks of farm for the country to meet it's obligations - that's where the big worry is," Mr Morrison said.

New Zealanders were some of the most efficient farmers in the world, but they were still up for the challenge to lower their footprint, he said.

Dairy farmer James Stewart and Mr Morrison are part of The Rural Innovation Lab in Manawatū - Whanganui to be part of the solution and embrace the change.

"We hear the words disruption, agritech and innovation, they're quite buzzy words and as a farmer there is a lot of change coming our way," Mr Stewart said.

"So a few of us farmers got together and thought 'wouldn't it be nice to be leading this from the farm gate', rather than being told 'this is how you're going to do it from now on'."

As vice chairperson of the Rural Innovation Lab, Mr Stewart said they had been working to create a smart farm network, between farmers and research institutions.

Lots of researchers were keen to have real commercial farmers to try out their new innovations, Mr Stewart said.

The Innovation Lab has been funded by the Provincial Growth Fund until the end of the year.

That timeframe could be extended and the initiative could eventually be rolled out to the rest of the country, he said.

The Zero Carbon Bill is now before select committee, with the deadline for public submissions closing on July 16.