Climate change campaigners are challenging Auckland Council to deliver on its declaration of a climate emergency. 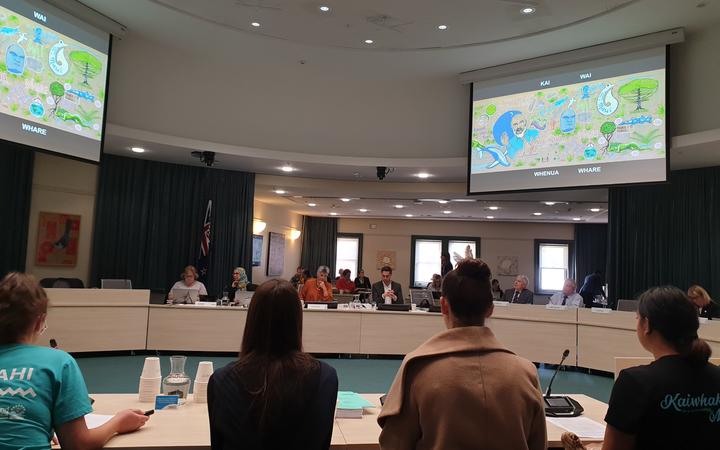 Auckland yesterday followed Canterbury Regional Council and the Nelson, Christchurch and Kapiti councils in voting to declare a climate emergency.

Auckland Mayor Phil Goff told Morning Report that nationwide, paying for climate change would have to come from taxes and rates.

"If we do nothing, the cost will be greater. The longer we leave the preventive action we need, the worse the problem will become, the harder it is to resolve and the costlier it will be."

He avoided answering directly when asked to confirm if there would be tax and rates increases.

"We will certainly need to reprioritise our spending around the challenge of climate change."

Last year, the council put aside $40 million for climate change and $90m for coastal management, he said.

Mr Goff acknowledged that the council would have to act faster than it previously had been.

"We passed a framework for action on climate change yesterday and what that has to become is a set of specific plans that need to be properly costed and we need to identify the revenue sources for that.

"One of our key focuses, for example, will be the area of transport. In Auckland, 40 percent of our carbon emissions are from transport. We've started making big changes already, we're trialling electric buses, we've started converting the council group's fleet to electric cars, but we'll probably have to move much faster than what our current plans provide for and then we'll have to pay for that as well."

He had also changed his mind on the wording of the declaration.

"I originally had problems with the word emergency. We think of emergency we think it's a flood, it's a tsunami, it's an earthquake or something like that where the impact is immediate and you have to respond immediately.

"Well we know climate change, the impact isn't immediate, it's insidious. We know we've got about 12 years according to the Intergovernmental Panel on Climate Change before the effects of climate change will be irreversible and catastrophic. So it is an emergency in the sense that we need urgent action now both in terms of mitigation ... to slow down the impact of climate change and adaptation."

Sarah Thomson from Waitematā Low Carbon Network said the declaration was a small step in the global effort to address climate change, but would change how the council operated.

"The council has committed to having impact reports on climate change for all their major decisions."

Advocacy groups and the public could now hold the council to account on its actions.

"When it's making decisions that are inconsistent with [the declaration] we can point to that and say 'you need to treat it like an emergency like you said it was'."

Ms Thomson said councils would also have a strong advocacy role to put pressure on central government to play its part.

"There are some things that are in the council's direct control but there are other things that it's going to need central government to act on, for example making serious changes to the Resource Management Act." 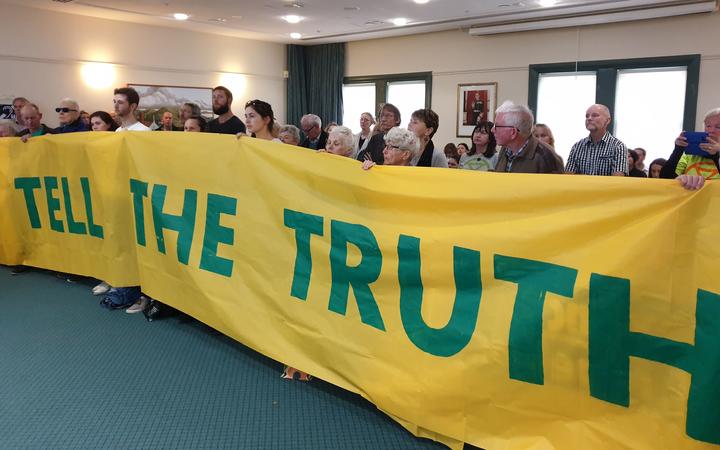 Greenpeace climate campaigner Gen Toop said the declarations needed to be followed up by government climate policy to get the country off fossil fuels and start reducing emissions from agriculture.

"What these declarations show again is that people standing together and demanding action from our leaders in government works and that that's really what's going to keep the world from warming more than 1.5 degrees."

Climate scientist James Renwick said local council declarations sent a strong signal and showed leaders were waking up to the idea something had to be done.

"That idea that we need to take urgent action has really started to get through."

He hoped it would lead to real action in reducing greenhouse gas emissions.

"We've had decades of the wrong sort of action, we've doubled global emissions of greenhouse gases since the Inter-Governmental Panel on Climate Change process got under way 30 years ago.

"We've got to reverse that as quickly as we can."

Mr Goff acknowledged the move carried no statutory or legal obligations but said council decision-makers were well aware of the political reality.

During yesterday's council meeting, Generation Zero reminded councillors more and more young people would soon be able to vote, and if politicians wanted their support they'd need to take action.