A pair of librarians from the central North Island town of Taumarunui are bringing a love of reading to rural school children. 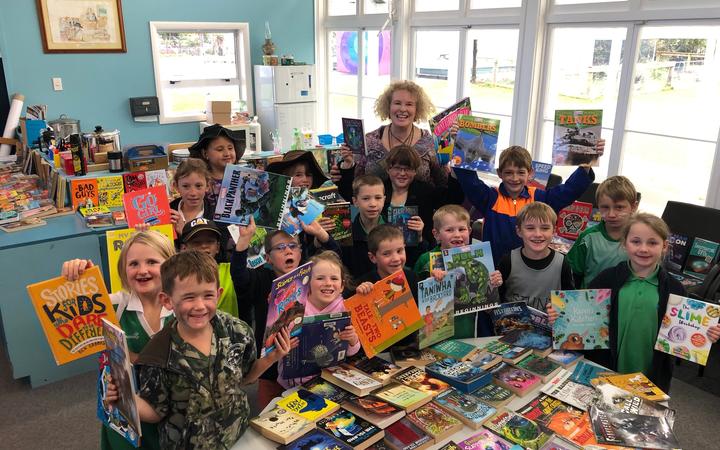 Fiona Thomas and Libby Ogle have started their very own mobile library - each month ferrying a load of books to two isolated primary schools in the Ruapehu District.

The idea came to life eighteen months ago when Mrs Thomas realised some kids in the region couldn't access the library because they lived too away.

That was when she came up with the idea of bringing the library to the children - first to National Park School, and later, Owhango School.

"All the kids needed to become members to get their books out and it's pretty much ended up now that almost the whole school are now members," said Mrs Thomas.

Once a month Mrs Thomas and Mrs Ogle fill up about six large boxes with books, before travelling to the schools and spreading them out in a spare classroom.

Special care is taken when choosing which books to take - Mrs Thomas makes a note of whether a child is reading a series, or has a particular interest in a subject.

She has a special database, which records each child and what they are reading, alongside any special book requests.

Creating that tailored experience has had a real impact for many of the children, with some teachers reporting a boost in literacy levels.

Mrs Thomas said it had been a hugely rewarding experience to see the children so enthusiastic about reading.

The principal of Owhango School, Ewan Starkey, said the mobile library was brilliant and his students couldn't get enough.

One of the best bits about the scheme was the range of books supplied to the children, which got them excited and engaged, he said.

"It's like kids in a lolly shop really, looking at all the books and spending time choosing what ones they want," Mr Starkey said.

Mrs Thomas and Mrs Ogle are now hoping to roll out the mobile library to other schools, but say that may be a way off because of the cost and current workload.

Mrs Thomas said she hoped someone might come forward to donate a proper mobile library vehicle, which she said would be a huge help.

"It would be so much easier if we had a mobile van, something we could actually set the books up in so we don't have to unpack them at the other end...

"There's a lot of district libraries that do have something similar but I know there is a lot of expense involved and we're a relatively small district, so yeah, bit of a pipe dream but that would be my ideal and I know there would be a lot of schools that would really, really come on board if I was able to offer that service to them."