An investigation into a blaze that destroyed a Wellington marae has found the fire was accidental, but the alarm system did not work on the night. 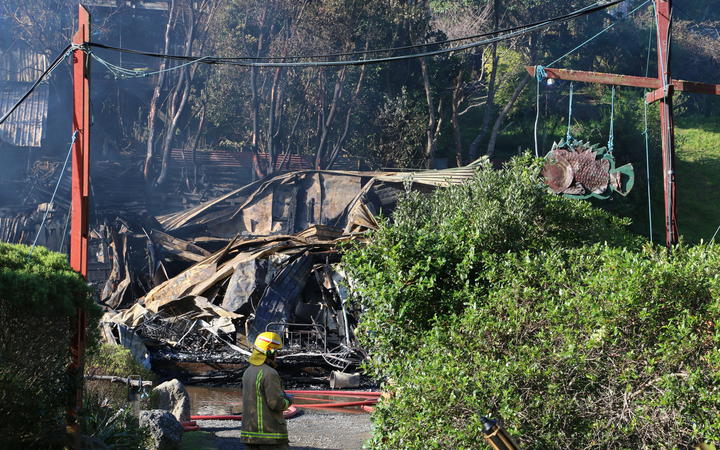 A single whare was all that was left of Tapu Te Ranga Marae after the 9 June fire. Photo: RNZ / Meriana Johnsen

Twenty-seven cub scouts and a family, including a baby, escaped Tapu Te Ranga marae when it went up in flames on 9 June.

Fire and Emergency found strong winds blew hot embers from a nearby brazier on to material that ignited in a storeroom.

"This fire is a real tragedy for the marae and the wider community who use the facility. But it does demonstrate just how dangerous hot embers from fires can be, even when it's damp and cold," Mr Key said.

Embers from any fires, whether indoor or outdoor, should be placed in metal containers with lids and thoroughly doused with water to make sure they are fully extinguished.

The marae's unmonitored fire alarm system failed, as it had not been reset after a false alarm earlier in the week, because the whānau were under the impression they would be fined for a false alarm.

He recommended that all public buildings have monitored alarms for a quicker response time to a fire, and that sprinklers be installed in buildings such as marae, where fire could spread rapidly because of the large, open-plan wooden structures.

The marae trust issued a statement thanking the fire investigation team for their report, and saying it is reviewing its policies and procedures.

He recommends public buildings have monitored alarms, for a quicker response time to a fire.