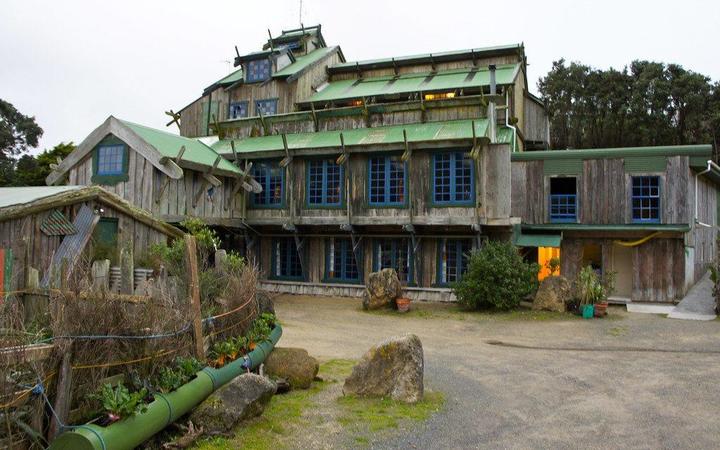 Tapu te Ranga Marae in Island Bay, Wellington before it was destroyed by fire. Photo: Supplied

The marae was destroyed in an early-morning fire yesterday and devastated supporters are promising they will rebuild it. By this morning a Givealittle page had raised more than $44,000.

A group of 27 cub scouts and several others were staying in the marae when the fire started. They all managed to escape without injury.

The marae was built in 1974 by prisoners, homeless youth and gang members, and over the years had problems with building regulations and codes due to the nature of its construction.

Mr Eagle, a former city councillor representing Island Bay, told Morning Report he lives on the opposite hill and could hear the crackling and the noise. "It was quite scary ... I knew it was a wooden building and with the height of the flames, I thought I'd better go for a look."

He said Fire and Emergency were investigating the cause of the blaze and he was unaware whether the marae had a sprinkler system or smoke alarms. 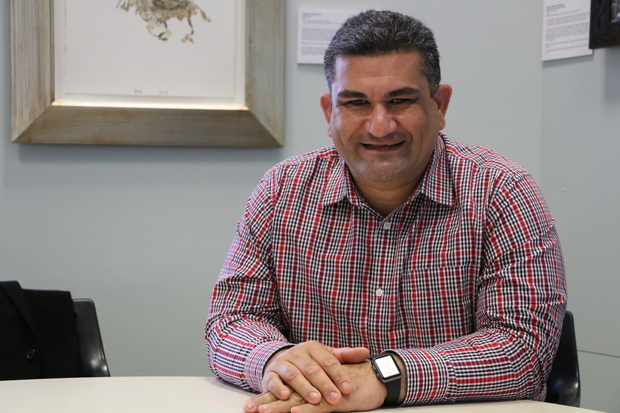 Asked if the marae was compliant with the Building Code after once being described as a death-trap, Mr Eagle said that in around 2015 the Wellington City Council decided part of the marae was a no-go zone because it did not believe it was compliant for safe public use.

"The marae had adhered to that, they knew what they needed to get done, the issue was just really cost.

"They put together a master plan and said, look if we can develop some housing and other facilities then we get the revenue and the funding and we can do the changes so that was good."

Yesterday he learned from a trustee spokesperson that the marae had passed a recent fire audit as part of the building's warrant of fitness. There were fire regulations that had to be met and he understood this had been achieved, although he was unsure if the compliance covered the area previously declared a no-go zone.

He said the fact that a group of scouts and other people staying there were able to leave the marae safely during the fire showed that some evacuation routes had been worked out.

Ngaio scout leader Hadyn Nicholls told Morning Report one of the cub leaders woke everyone up around midnight and told them to evacuate. On the way out they had grabbed a hose to try and put out the blaze, but soon abandoned that idea, and a cub leader had told him that within 10 minutes of leaving the property it was engulfed by the blaze.

Asked if it was a near run thing, he said: "It was very near - we're talking minutes. Two to three minutes, five minutes later it would have been horrific."

The cubs, aged 8 to 11, had handled their ordeal well and ended up staying with one of the local residents. It was the first time the Ngaio den had used the marae and he was not aware of any fire concerns.

He said the leaders were distressed and would be offered counselling.

Mr Eagle said the marae's destruction had caused a lot of upset in the Island Bay community.

"Yesterday I popped down to the local cinema for a coffee and several people said to me, how can we help. It [the marae] had been disconnected a little from the local community, because when [the founder] Bruce Stewart passed he was seen as the figurehead and people weren't too sure what was going on but certainly yesterday people were saying can we give food, can we give clothes and those emails are still coming through."

He said locals appreciated the marae's rich 45-year history and there were many stories associated with it. "If you go on social media, I was just astonished at the global response from people who said I went there for this reason ... an outpouring of love I think and great to see the Island Bay community come together to give support."

Māori Development Minister Nanaia Mahuta visited the site to see the scale of the damage for herself.

A spokesperson said she was upset to hear about the fire, and wanted to see what needed to be done.

A Givealittle page has raised about $48,000 towards rebuilding the Island Bay marae in less than 24 hours .