The Wellington City Council has been unable to find a single consent for construction work at Tapu Te Ranga Marae, despite the building passing a Warrant of Fitness in April this year. 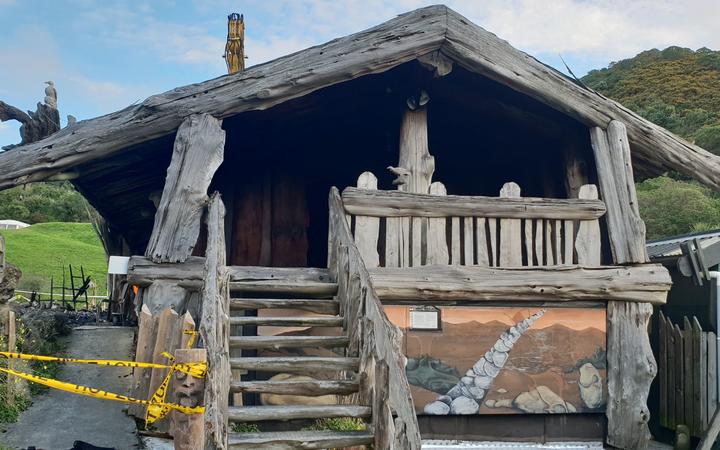 Tane Whaiora was the first whare to be built on the Tapu Te Ranga Marae site. Photo: RNZ / Meriana Johnsen

Twenty-seven cub scouts, their parents and a family - including a baby - escaped the marae in Island Bay when it went up in flames on Sunday morning.

Council documents show that seven rooms within the main marae building were considered fire dangerous, but the council still allowed the other rooms to remain open to the public.

There were also dangerous building notices on three other buildings on the site, including their original meeting house and the first whare to be built on the site, Tane Whaiora - which the council has allowed to keep despite fire damage. 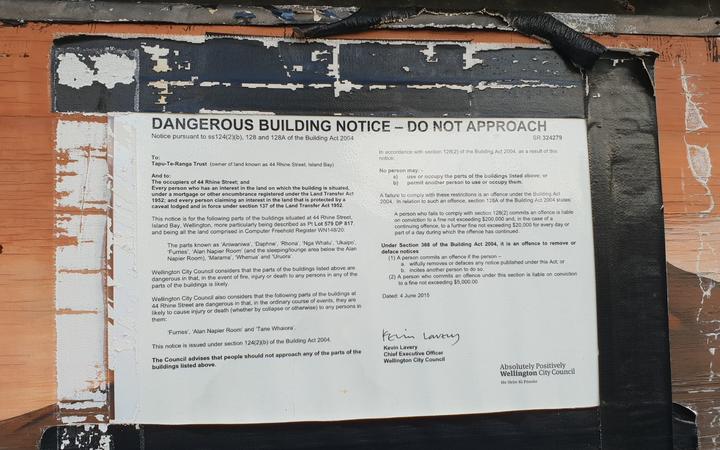 Tane Whaiora is still intact, but the council have allowed the whānau to keep it despite it having been labelled a dangerous building. Photo: RNZ/ Meriana Johnsen

Council spokesperson Richard MacLean said staff had been unable to find a single consent for the marae but were still going back through the records.

"We are doing an archive search and an investigation just so that various people can understand what has gone on on the site over the years."

"At the moment we are fairly confident that most of the construction on the site was done without council consent, there is a suggestion that there was a potting shed that was built on the site with council consent but the trouble is that kind of talk, we're going to have to confirm."

He said that it had been suggested some retrospective consents were issued, but, he couldn't confirm that until they'd been through all the council's files.