The Civil Aviation Authority is imploding amid reports of high staff turnover and a toxic workplace, operators and former employees say. 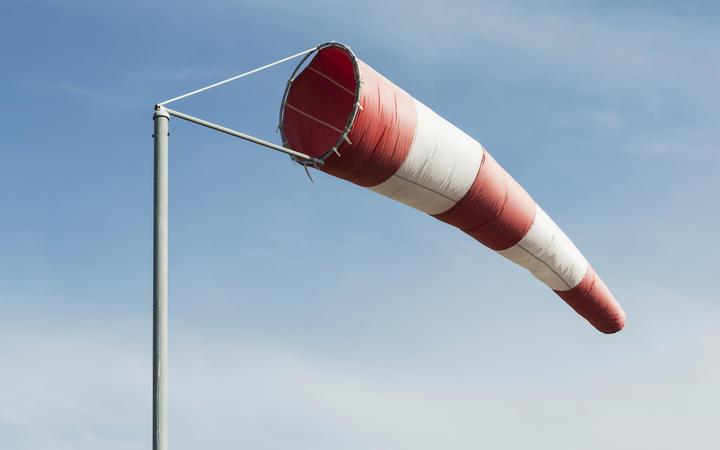 While they were not prepared to be identified, fearing retribution, they described the authority as "toxic", "inhospitable" and "crumbling".

A senior aviation industry operator, speaking on the condition of anonymity, said they were worried about their business facing fallout.

"As an operator, what we're seeing is an ineffective regulator. As an industry, we require a robust but fair regulator because it is important that the industry is regulated and kept in compliance with the rules," the operator said.

"Unfortunately the rules are not keeping up to date with new technology and development, so of course operators are applying for exemptions or trying to find other ways of staying in compliance. But the regulator just can't hold enough staff to deal with this, it's too busy fighting fires inside its own organisation."

High staff turnover, a focus on paperwork rather than on-the-ground risk management and a toxic work culture were some of the problems the operator described - which several former employees and operators backed up.

It follows increased scrutiny following admissions that its oversight was not up to scratch in the wake of the fatal Fox Glacier helicopter crash in 2015.

The operators and ex-employees said trust was in short supply between the industry and regulator, with many operators either not reporting or pulling their punches, losing vital information that others could learn from.

The staff turnover rate meant a lot of industry knowledge was lost when people left, one operator said.

"It is often difficult to find someone in there who understands your business and quite often the businesses are unique in what they do and every time someone from inside the regulator moves on, a lot of industry knowledge goes with them.

"Both the regulator and the operators have to spend considerable time trying to get up to speed, and that just slows the whole process down again. It is becoming more ineffective. We've got inspectors out there who don't know what they're looking for. Some very good staff in there, but they're run so ragged."

Instead, they said, operators were required to write and send in manuals outlining how they would run their business.

"They have people in Wellington reading it, saying 'yes, no, yes, no', which in theory sounds good but in fact what actually happens out on the work-face could be quite different, and that's where the big safety enhancements can be made, making sure that people are operating safely."

The industry relied on people using their knowledge to identify and manage the risk, but operators were so focused on writing the manuals that they weren't paying enough attention on identifying the risks, the operator said.

"Safety is not about what happens in the paperwork, safety is about at the coalface, risk identification and management. Unfortunately that's not happening, instead of inspectors being out there, taking to the operators and checking they are in compliance ... seldom do we see them out at the coalface, working with the industry."

The industry had asked for changes - including video cameras in the cockpit and focusing on problems that could cause accidents, but to no avail, the operator said.

The Civil Aviation Authority responded to an interview request with a statement, saying the CAA's regulatory actions were often not visible to the public which could erode the sector's confidence, but it was working to address this.

It said it would provide information on prosecution figures annually, planned to provide additional detail when significant regulatory action was taken, and revise its operating model to explicitly outline its actions and how they work with "Just Culture" principles. Just Culture informs how the authority responds and manages different behaviour.

The authority said the permanent staff turnover rate was just shy of 15 percent for the 2018/2019 financial year, and that a recent staff survey showed two thirds of employees are extremely happy with their workplace.

"Although as in all workplaces, there remains some room for improvement, the majority of our staff have said they have the resources, freedom and flexibility to do their job effectively."

Aviation New Zealand chief executive John Nicholson said the perception of retribution was just one of his concerns with the CAA.

He wanted to get rid of the 'us and them' mentality and focus on collaboration.

"The ability to speak out is one of things that's ingrained in aviation safety. You must be able to speak out with confidence and know that your concerns are going to be investigated to see whether they are valid or not," Ms King said.

It was not people, but the antiquated Civil Aviation Act that was the problem, she said.

"We have multiple levels of systemic failure going on. The commentary that you're hearing is just mirroring all of those systemic failures. I'm not surprised cos look the framework we're working in is at least 30 years old."

Transport Minister Phil Twyford said the government was taking the concerns seriously and whistleblowers could speak to Transport Ministry officials about their concerns.

But one of those RNZ spoke to said speaking out was not easy.

"The amount of operators that are too scared to step up and speak and identify themselves ... I have some difficulty doing this myself.

"I am apprehensive to identify myself because it would have a big impact on the company and the many staff that are employed there, and while the Minister may well give assurances that that won't happen, there are lots of ways of which it can happen, and I'm just not prepared to risk it."

The industry is calling for Mr Twyford to order a independent review into the CAA.