The Civil Aviation Authority was confused about its safety role in the years leading up to the 2015 Fox Glacier helicopter crash but its poor performance has been turned round, its director says. 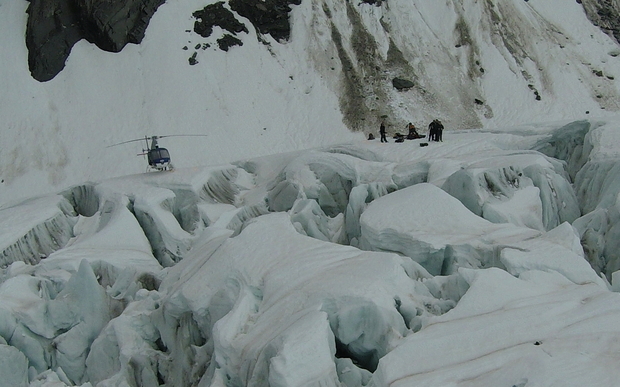 Transport investigators found numerous failures by both the aviation watchdog and the operator in the lead up to a helicopter crash on Fox Glacier which killed all seven on board.

The Transport Accident Investigation Commission (TAIC) found the CAA had identified significant problems with the operator which warranted intervention, but had done nothing about it.

Earlier this week the CAA admitted its oversight of Alpine Adventures should have been better but said it has fixed the problems.

CAA director Graeme Harris said while the TAIC report did not identify a conclusive cause of the crash, "it does portray a confronting picture of the ineffectiveness of the CAA's regulatory oversight of the operator in the lead-up to the crash - particularly during the period 2011 to 2012".

Mr Harris told Morning Report that leading up to about 2012 the organisation had been "conflicted and confused" about its role and overvalued aviation technical expertise compared to regulatory skills. "Is our role when we go out and look at these operators ... to try and help them to try and keep them in the system or is our role - which we clearly know now - to be a strong regulator acting in the public interest."

But that had not continued to happen in recent years.

"We're clear about our role now. We're not going to do what happened in this case - work with an operator while they come back into compliance - we're going to protect the public by taking vigorous action straight away."

The CAA failed in its regulatory role to ensure the operator of the 2015 Fox Glacier flight met the standards, he said, but "the CAA can't be everywhere and sitting beside every pilot" and in his view the operator put the pilot in an unfortunate position and didn't support him.

The pilot and six passengers on the single-engine Squirrel helicopter died when it plunged in to a deep crevasse on Fox Glacier in 2015. The owner of Queenstown based Alpine Adventures, James Scott was this month fined $64,000 at Christchurch District Court. TAIC chief commissioner Jane Meares said the operator's training system was ill-defined and below standard, and the pilot wasn't properly trained for scenic flights.

Mr Harris offered relatives of those killed in the Fox Glacier crash an "absolute assurance" that the CAA was up to scratch now. "The lessons taken from this tragic crash have been learned and we're now acting vigorously in the public interest."

None of the inspectors working at the time of the 2015 crash were still work for the operation, he said.

The accident rate in the commercial passenger carrying operation was 76 percent less than in 2015.

'Police of the sky'

The father of a victim of a 2010 sky diving plane crash at Fox Glacier doubts the CAA has improved.

Chris Coker's son Bradley was one of nine people killed when the converted topdressing plane plunged to the the ground at a Fox Glacier airstrip had has been a strong critic of New Zealand's aviation safety record.

He said assurances that the CAA was now clear about their regulatory role and was up to scratch were "just politics".

"There were claims that things were fixed but clearly they weren't fixed. It's just carrying on. I don't think anything's changed at all - it's just politics and it's just nonsense.

"[The CAA] are the police of the sky, they should be the ones going round and preventing this sort of thing happening.'

"The problem here is there doesn't seem to be any pressure on the CAA to do their job properly," he said. "New Zealand law is weighted against families and victims who can't sue even if it leads to wrongful death."

The CAA has increased the number of helicopter inspector roles from two to eight since 2017 but three positions are vacant. "We always have a reasonable turnover and it is always difficult to find the people with the technical knowledge." The inspectors cover 100 helicopter operators.

Airline Pilots Association president Tim Robinson said the fatal crash could have been averted if the CAA had been stricter on helicopter operators.

"There's a significant chance that that accident wouldn't have occured, the pilot wouldn't have taken off given the weather conditions on the day and would have had sufficient training and oversight to prevent the accident from occurring," he said.

Mr Robinson said they had been worried since 2014 or 2015 about the way the authority was inspecting and overseeing operators, particularly helicopter operators. While there had been consistent improvement in this area, there was still more work to be done.

"I think the travelling public and people that jump on these [scenic] flights, need to be assured that these helicopter operators are flying to the highest safety standards. There's been shortfalls in the way the CAA monitor their operations and we need to work to improve that."