Tensions are rising in rural Manawatū after a volunteer chopped a phallus off a Māori carving standing sentry to welcome hikers at a popular walking track.

Milton Wainwright, who has cleared the Manawatū Gorge Reserve of the weed, wandering willy, for years, deemed the sculpture's penis to be obscene and tried to cut it off with a hand saw in April. 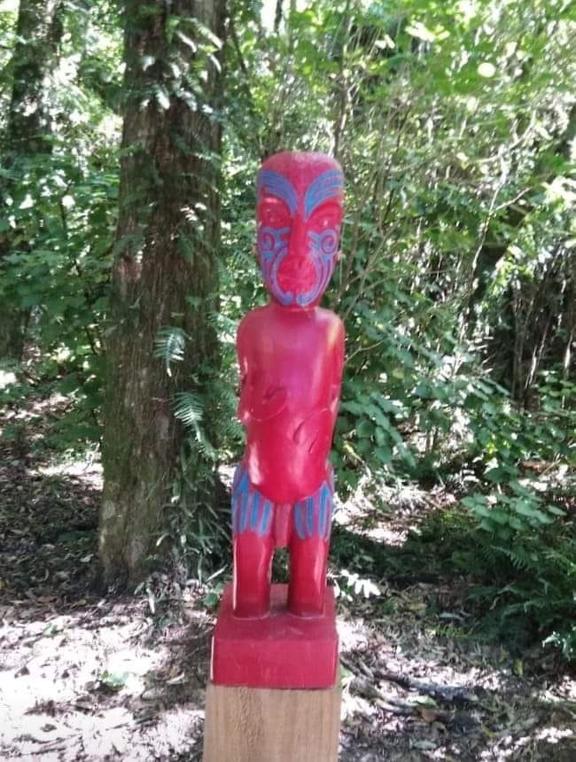 Mr Wainwright posted on social media, saying he had to go home and get a small chainsaw to finish the job.

"Then one more cut up the middle and the job was done with just a patch of sawdust on the ground. I took a clean rag and wiped away any oil or sawdust clinging along the edges of the cut. I was not working in anger," he said in the post.

He said he removed the offending genetalia due to his Christian beliefs.

"We all know that it is against the law to expose our genitals in public, so it seemed to me that our moral decency was under attack by those who were ready to trample the law."

Locals have vented their anger at the sculpture's desecration, posting about the desecrated taonga on social media.

Palmerston North deputy mayor Tangi Utikere said the sculpture is one of many that are important to the heritage of the local iwi.

Mr Wainwright has been banned from the walking track for two years by the Department of Conservation and is to appear in Dannevirke Court in July on charges of wilful damage.

"After six happy years of removing wandering willy and old man's beard from the bush along the track, and clearing fallen trees off the track, all with DOC's deep appreciation, a sad change has come. DOC demands that I sign a legally binding contract that I will not work on steep places, or in the creek, nor on a ladder and I will not use my chainsaw in the bush. (They are worried about my safety.)," Mr Wainwright said in the post.