"The significant cultural history" of an island in Lyttelton Harbour has been celebrated with a large, carved pou whenua. 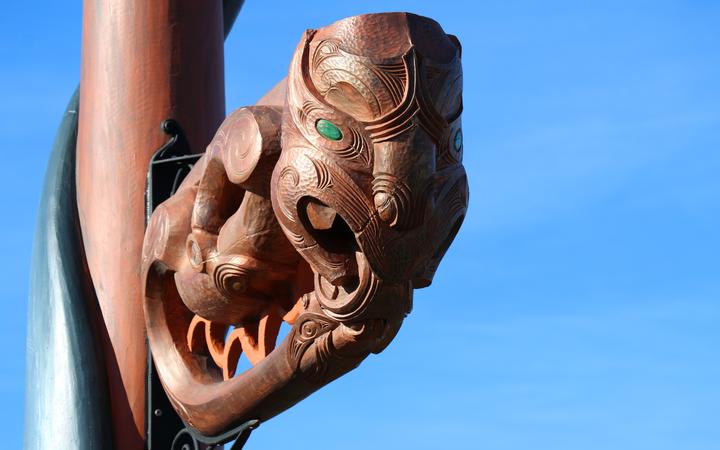 "Ōtamahua has always been special to us and to be able to see the pou from Rāpaki reminds everyone of its importance and why we need to stay connected to it."

Ōtamahua is a 81 hectare pest-free island in Whakaraupō-Lyttelton Harbour managed by the Department of Conservation (DOC). The idea for the pou whenua came from Whakaraupō Carving Centre and was part of a regeneration plan led by Te Hapū o Ngāti Wheke.

The new pou is called Te Hamo o Tū Te Rakiwhānoa. Tū Te Rakiwhānoa is the name of one of the tūpuna (ancestors) of Ngāti Wheke. Whakaraupō Carving Centre completed the work.

Mr Brennan - carving since the age of 16 and 18 months into an apprenticeship - said the story of Tū Te Rakiwhānoa was an important part of the history of the hapū.

"Tū Te Rakiwhānoa was on a quest to restore the waka Aoraki and he used his hamo [digging implement] to clear the debris away from the waka.

"A taniwha by the name of Koiro Nui Te Whenua was causing havoc amongst the people in the area. Tū Te Rakiwhānoa, with the help of his cousins - Kahukura and Marukura - used the debris cleared from their waka to bury the taniwha." 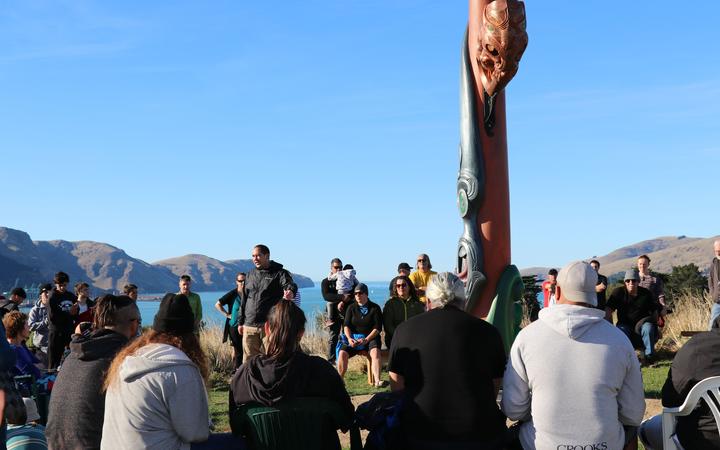 "On the side of the pou you'll see a piece jutting out, this is called the teka. Our ancestors would put their foot on this as they held the kō to dig a hole and plant the kūmara."

DOC operations manager Andy Thompson said DOC was supportive of the iwi's idea to place a pou at the highest point of Ōtamahua.

Ōtamahua-Quail Island has been used at various times by Pākehā for farming. It was used for about a decade from 1875 to quarantine sick migrants arriving in the country, and between 1907-25 it was used as a leper colony.

The island is also known for its connection to the famous explorers Captain Robert Falcon Scott and Sir Ernest Shackleton, who both used it as a training ground for their expedition dogs.