The Governor-General is on her way to the United Kingdom for the 75th anniversary of the D-Day landings. 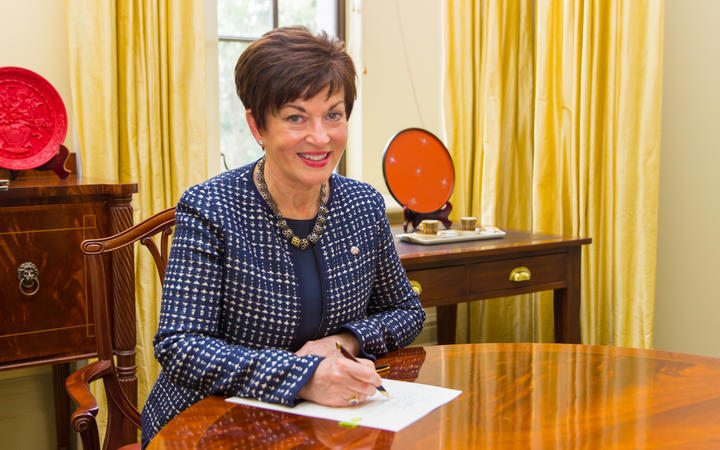 Dame Patsy Reddy is on her way to commemorations for the D-Day landings. Photo: Supplied / Office of the Clerk

The operation by allied-forces began the liberation of German-occupied France from Nazi control.

Dame Patsy Reddy will arrive in Portsmouth on Wednesday to attend commemorations alongside 16 other heads of state and leaders.

Dame Patsy said while New Zealand units were in Italy, about 11,000 New Zealanders were involved in the landings.

"We did have a significant number, about nearly 5000 New Zealanders in the royal navy and about 6000 in the royal airforce and they were of course all involved in that huge force that landed on the beaches in Normandy."

Dame Patsy said a New Zealander was also in the meteorological team, which convinced the US President to delay the invasion by 24 hours, improving the weather conditions for troops.

Meanwhile, about 300 veterans of the Normandy invasion left Dover for a six day trip that will take them back to the landing beaches to mark the anniversary.

The cruise will take the veterans to Dunkirk and Poole before arriving in Portsmouth, where Prime Minister Theresa May and US President Donald Trump will join other world leaders for a commemoration of D-Day on 5 June. They will leave Portsmouth Harbour that evening and arrive in Normandy the next morning, retracing the crossing they made in 1944.

The events of 6 June 1944, when more than 10,000 Allied servicemen were killed or wounded, still mark the lives of the men who fought that day.

The emotions are even more pronounced this year, as the dwindling cadre of ageing D-Day veterans prepare to honour their lost comrades in what may be the last major commemoration that involves significant numbers of the soldiers, sailors and airmen who took part in the invasion.