Commemorations marking the 70th anniversary of the D-Day landings are being held in France, paying tribute to the thousands of soldiers, sailors and airmen who died capturing the beaches of Normandy from Nazi Germany.

World leaders joined hundreds of veterans in northern France on Friday including at Ouistreham, codenamed Sword, one of the five beaches where Allied troops landed during the early hours of 6 June 1944, taking the German army by surprise.

More than 156,000 troops waded or parachuted onto French soil. Nearly 4500 would be dead by the end of the day. 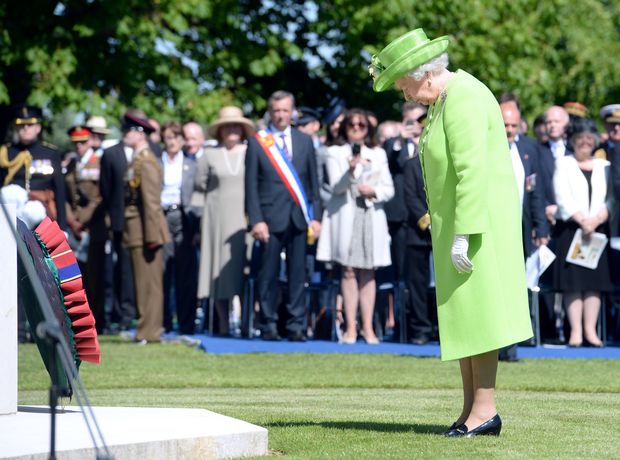 The Queen laid a wreath at the British War Cemetery at Bayeux. Photo: AFP 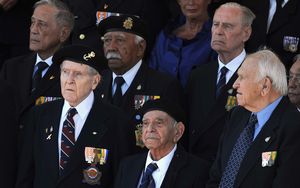 French President Francois Hollande paid tribute to those who died on a day that "changed the world". He was speaking at a veterans' service in Bayeux, where the Queen laid a wreath and US President Barack Obama said America's commitment to liberty was "written in blood" on France's beaches.

Mr Hollande said every man who took part in D-Day was a "hero" and France would never forget what it owed them, nor would it forget its solidarity with the US.

The president recalled how at first, the invasion did not go well, raising the prospect of what would have been a devastating reverse for the allies, but cited the heroism of World War II veterans and the humility of the survivors who made it home as an antidote to modern-day selfishness. "Whenever the world makes you cynical - stop and think of these men," he said.

Sir Jerry is leading a New Zealand delegation that includes nine World War II veterans aged between 89 and 97 who served in Europe. They would also attend ceremonies at the Commonwealth War Graves Cemetery and at Ouistreham.

The day's commemorations began at midnight with a vigil at Pegasus Bridge near Ouistreham, where British troops landed silently in gliders to mount the first assault of D-Day. The attack paved the way for 150,000 Allied servicemen who came ashore on the beaches hours later.

One of those who fought there was Briton Cyril Tasker, who served in the 6th Airborne Division and later took part in the D-Day landings. He said going back has been extremely emotional.

At sunrise on Omaha beach, where American troops suffered the heaviest casualties, US veterans gathered to mark the moment that 70 years ago the liberation of France from the Nazi occupation began. 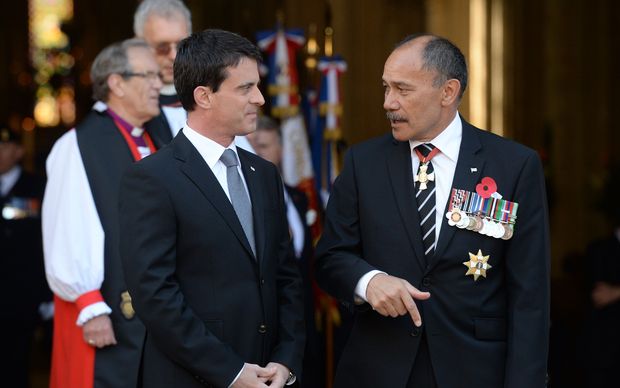 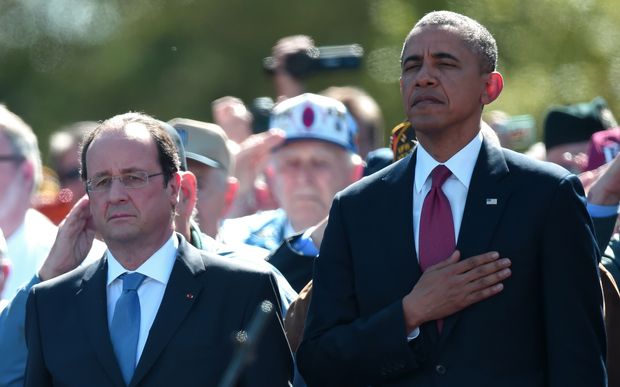 Francois Hollande and Barack Obama at the American Cemetery and Memorial in Colleville-sur-mer. Photo: AFP 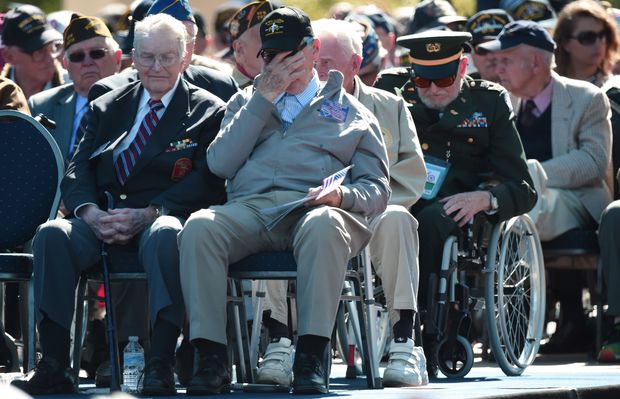 For some veterans, the memory of their time at war was overwhelming. Photo: AFP