The country's best and most influential Māori artists have been recognised for their achievements at the 2018 Te Waka Toi Awards. 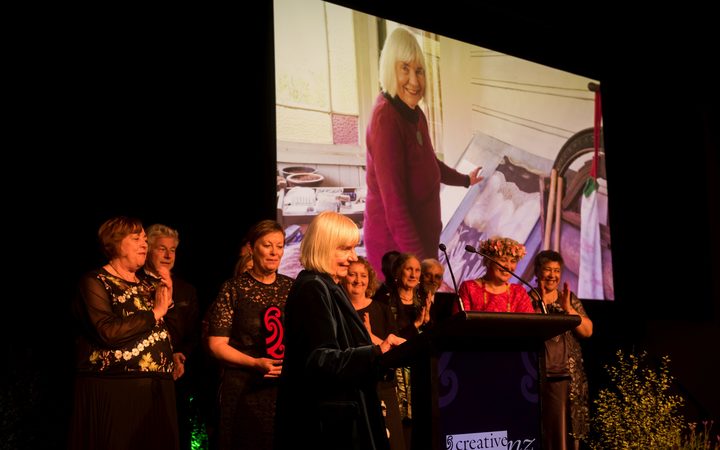 Marilynn Webb, won the supreme award for excellence and achievement in Māori art at the Te Waka Toi Awards at Te Papa in Wellington last night.

The Dunedin-based printmaker's work has featured in more than 200 exhibitions around the world over several decades, and her art explores concepts of land, ecology, politics, women in art, and Māori and post-colonial history.

Ms Webb, who is 82, said she was surprised to hear she had been given the award, but feels privileged to be recognised for her work.

"I felt quite emotional about it because I have worked in this area for 52 years so I feel quite overwhelmed actually."

Some of her old colleagues, who she trained with, were at the awards ceremony this evening, including visual artist Sandy Adsett who won the Te Tohu o Te Papa Tongarewa Rongomaraeroa Award recognising excellence and outstanding contribution to Māori arts.

"To go down in the history ledgers as part of it ... I'm feeling very happy about this, and I'm feeling very that the people here have acknowledged the importance and the creation of the contemporary Māori arts movement and are rewarding everybody," Ms Webb said. 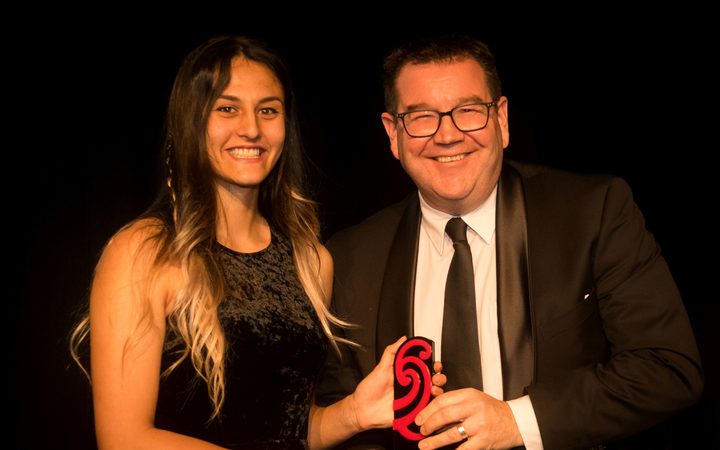 "I congratulate Marilynn for this award recognising her outstanding body of work over many years, which is a significant contribution to Ngā Toi Māori and also to art in this country."

In all, 13 awards were presented to 12 of New Zealand's most talented Māori artists, advocates and community leaders.

The awards recognised excellence and achievement across all artforms including marae arts (traditional, marae-based artforms such as carving, and weaving) as well as contemporary artforms such as theatre, literature and visual arts.