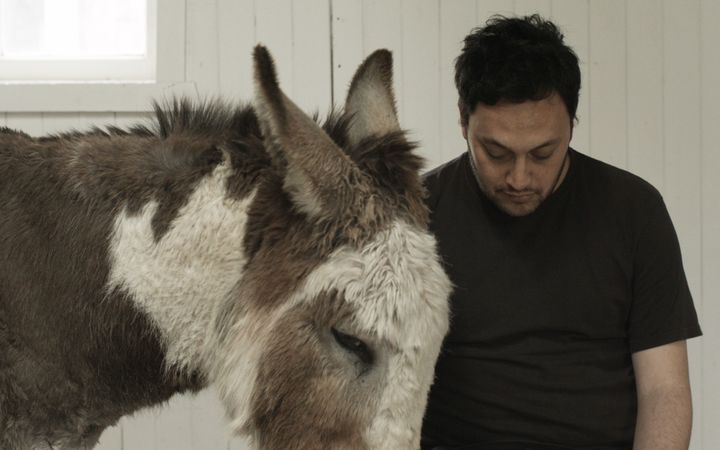 Shannon Te Ao in a still from his winning video. Photo: Supplied

The $50,000 Walters Prize is awarded for outstanding contemporary New Zealand art, produced and exhibited in the past two years.

Mr Te Ao's presentation of his video Two shoots that stretch far out 2013-14, and an installation of potted plants, Okea ururoatia (never say die) earned him the 2016 title at an awards ceremony in Auckland last night.

The guest judge, Hong Kong's M+ museum deputy director Doryun Chong made the announcement at the Auckland Art Gallery and said he was intrigued and moved by Mr Te Ao's art.

"As I left the space of his art, I felt as if I had not only been teleported but also had been transformed.

"I imagined him citing those lines [of an historic Māori song] to the end of time, with the rabbits, ducks and chickens, wallaby, swan and donkey by his side, while the plants wither and die, and come back to life again, and then again."

Other finalists for the award were Joyce Campbell, Nathan Pohio, Lisa Reihana.