Chris Ledingham can still remember the first time he drove past an Auckland church where he was sexually abused as a seven-year-old Catholic schoolboy decades earlier. 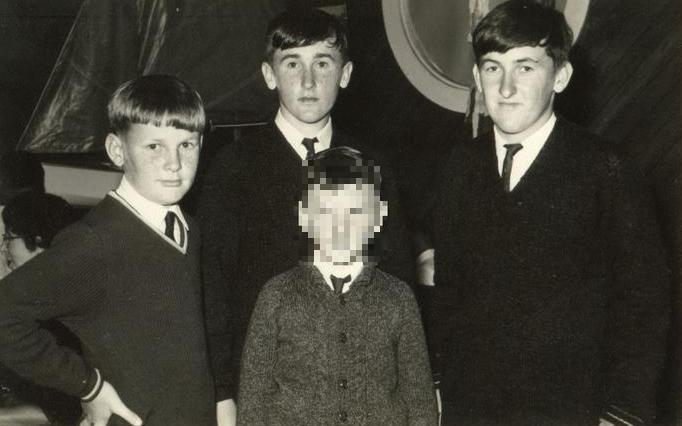 The Ledingham brothers - Christopher (left), Mike (at back) and Gerry (right). Photo: Supplied

"Quite a few years ago before any of this stuff came out, my younger brother wanted some help buying some carpets to take back to Taranaki," Chris said.

"And he drove me down to Onehunga - I'd said I'd give him a hand - and we passed that presbytery, and it was like I was being stabbed in the chest with a brick with a knife on it. It really affected me."

Today, the 66-year-old returned to Our Lady of the Assumption Church for only the second time, to help launch his and his two brothers' book telling the story of their abuse. 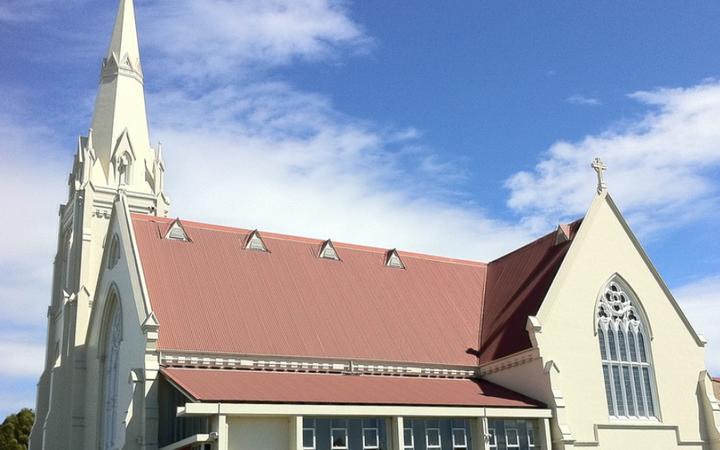 Our Lady of the Assumption church in Onehunga. Photo: Supplied

At least his older brother Mike will be there, too.

What Chris didn't know for decades was that Mike had been abused too, by the same priest, and that Mike found out in the 1980s that the same thing had happened to their younger brother Gerry, all of it in the 1950s and 60s.

"It's hard to talk about now, but we've got the words for it now - back then we didn't even have the words," Chris said.

"What do you call it? I didn't know what the hell was going on."

Mike said: "We didn't know that people rooted kids, you know - I don't know if you can put that on the radio."

The previously-published Mike is the author of the book The Catholic Boys, helped by his sister Mary Ledingham, and put out by Rotorua's boutique BMS Books.

The boys' tormentor, the late Father Frank Green, used gymnastics as a way to get close to children; the New Zealand Herald has reported he was also chair of the New Zealand Gymnastic Council for several years. 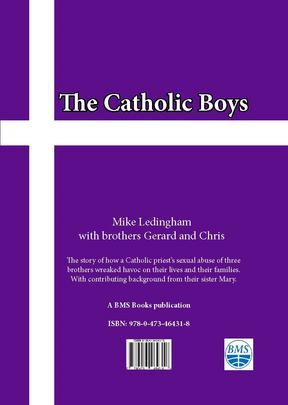 Mike Ledingham is the author of the book The Catholic Boys, helped by his sister Mary Ledingham. Photo: Supplied

Green died in the 1990s, before being held to account.

Their sister Mary Ledingham, one of the writers of the book, still hurts for her brothers.

"As a sister, I and their two other sisters and two other brothers are also angry that we did not protect them and to this day. We still feel they have been cheated of their lives by those who should have known better," she wrote.

Chris said Green abused him "six or a dozen times", although he's unsure as he blanked it out for years with alcohol and drugs.

Green abused Mike once and when he boy resisted, the priest kept up the pressure in other ways, ruining his schooldays, the 68-year-old said.

He, like Chris, went on to a life of drinking, fighting and trouble forming relationships.

Mike went into the army and spent eight years in the SAS.

"When I was a kid, I won a couple of essays in Auckland story writing, but that all went out the door ... so I went back to that in my 40s," Mike said.

Mike has written three books of short stories, but couldn't bring himself to tell the brothers' story. He said he tried but was "disgusted".

"The story has always been within Mike, and the process of him writing his other three books has enabled him to come to this point ... and the support of his sister and brothers," his publisher Mike Smith said.

Mr Smith looks out for books from the regions, or ones on confronting subjects.

Chris worked in the Air Force and now lives in Sydney, working with autistic people. He deals with it in other ways.

"I still have a belief in a creator being of some sort, and they've got to face it."

Gerry lives in Perth and has not made it for the launch.

The brothers said they had to force an apology and compensation from the church.

The catalyst was Chris writing several times to the Bishop of Auckland Pat Dunn in the early 2000s.

It was only as he struggled through that process that that Chris learned about Mike and Gerry. He was shocked.

"Although having said that, I didn't feel quite so alone."

In Auckland for the launch, the two brothers have been staying with another victim of Green's they recently made contact with.

This man was angry and not ready to come forward. There were others like him, the brothers said.

'No place' for abuse in Catholic church

In a statement, the Catholic church said: "We haven't seen the book so can't immediately speak to the concerns raised. Our director of the National Office of Professional Standards, Virginia Noonan, says she would be happy to engage with the Ledingham brothers to better understand what happened.

"Abuse has no place in the Catholic Church of New Zealand and we will act by listening, learning and supporting.

"We hope this book launch and Māori blessing of the site will be part of the healing process for these survivors.

"We refer any complaints to our National Office for Professional Standards (0800 114 622) which offers support to complainants and arranges for an independent investigation of the alleged offending. We also advise all complainants of their right to go to the police."