A family whose home burnt down this week is urging others to ensure their smoke alarms work. 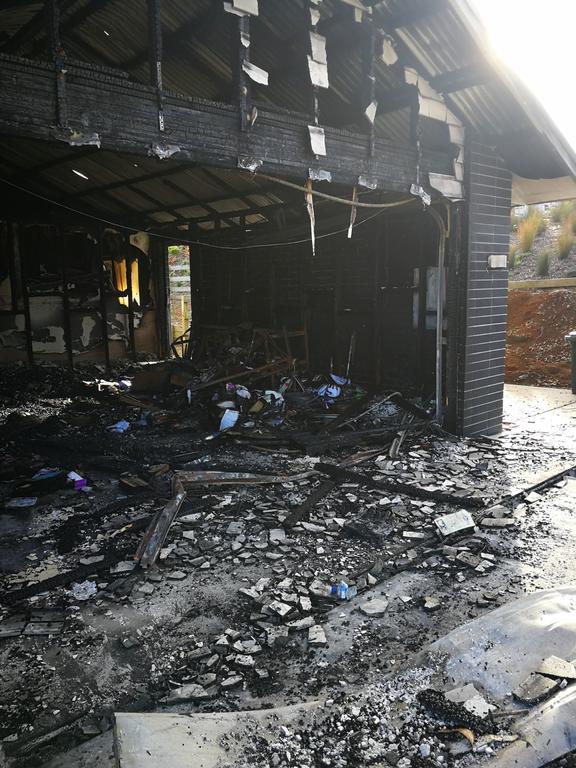 After their smoke alarms went off on Wednesday, Veronica Orme and her family escaped their Bombay home before it burnt to the ground.

She was cooking dinner when the alarms sounded and she asked her husband Chris to check it out.

"He closed the door straight away, opened the front garage door and came back through the house telling us that there was a fire."

They escaped out the front door and went across the street, after attempts by her husband to fight the fire with a garden hose proved ineffective.

"By the time it got to hold it just roared through that garage so quickly. The fire department took about eight and a half minutes to get to us; from Pukekohe to Bombay it felt like an eternity but once they got there they knew the science of putting out that fire and they got it out pretty quickly.

But the damage to their four-bedroom home was done. 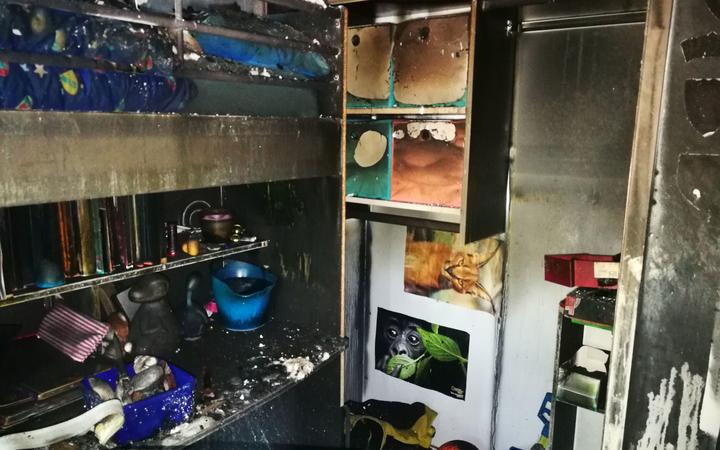 The couple and their children, aged 10 and eight, have now been left with almost nothing. If it wasn't damaged by fire, it was damaged by water, the smoke, or soot.

"All their soft toys, all of their paintings they did when they were two, photos and things you can't replace."

One thing that was saved was their children's fish Jak the Siamese fighter.

"[The firefighters] came out and asked whether there was anything inside that we wanted them to salvage and we told them about it and they went back into the house and to my son's bedroom which was closest to the garage where the fire was and managed to rescue his fish.

"It's still alive now, so he was really happy." 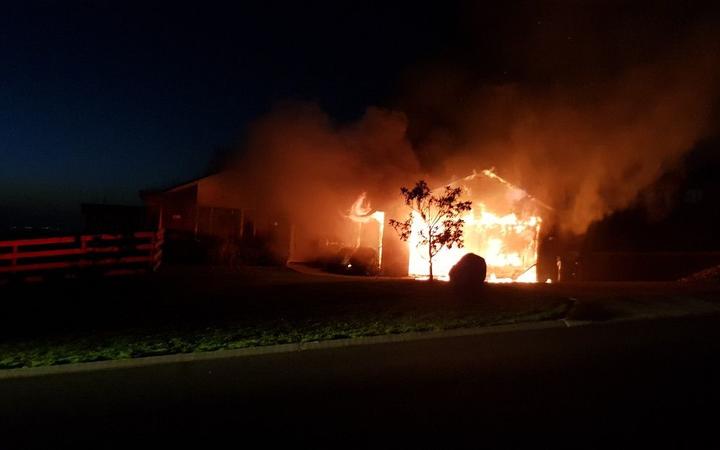 The fire started from a remote control car battery on the garage bench and Mrs Orme said she was now spreading the word to ensure people have smoke alarms.

"Just that little tiny bit was enough in the air for the smoke alarm to pick it up while the fire was small so we could get outside." 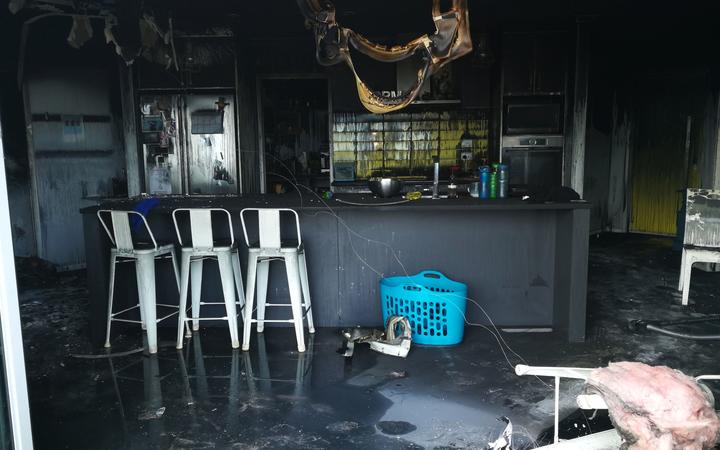 The fire came just a week after another in the area which ended in tragedy.

A 56-year-old man died after a blaze started in his second-floor Pukekohe flat.

Fire and Emergency said there were no working smoke alarms, and it was likely the man only became aware of the fire when he opened his bedroom door. By that time the fire was too well involved to escape.

"The sad thing is without the adequate warning of course people are still being caught out."

The value of smoke alarms

Last year, of the 2773 house fires that Fire and Emergency attended, 926 did not have working smoke alarms. 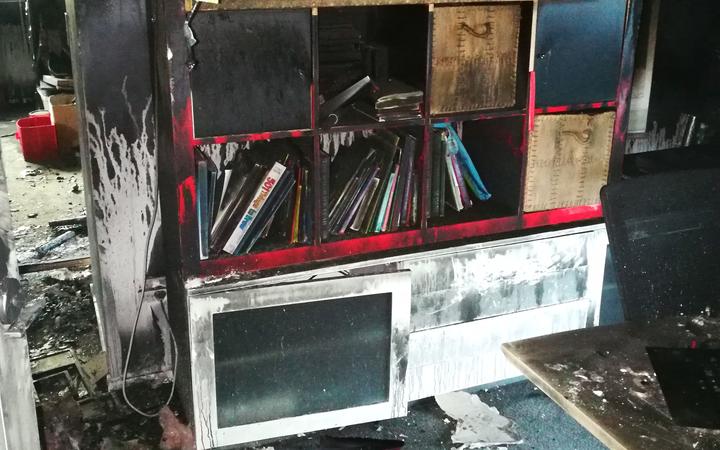 Mr Wilding said that was despite surveys showing almost all New Zealanders knew about them.

"There's been a tremendous campaign around the value of smoke alarms. Everyone in this country knows what a smoke alarm is and probably that they should have one.

"We get anywhere between 10 and 20 deaths regularly year on year from residential fires that we consider avoidable ... that's a tragedy," he said. 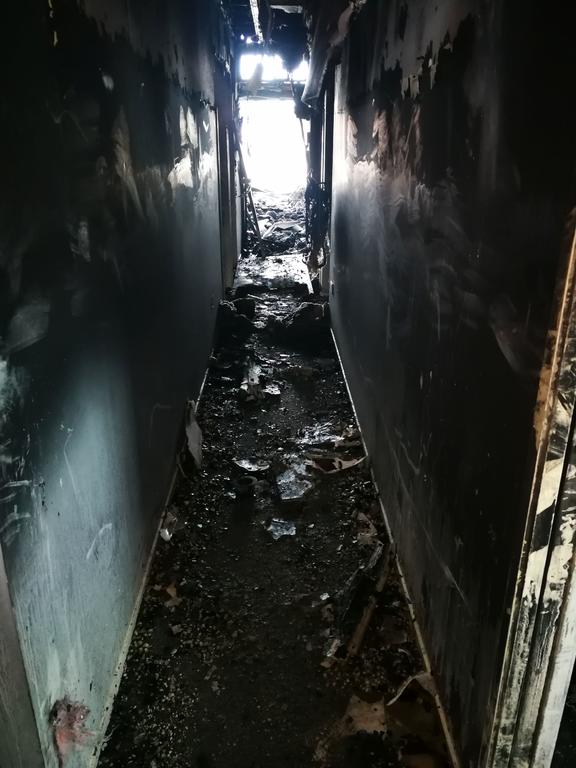 However, he said things were improving. Long life batteries were helping reduce the burden of maintaining smoke alarms, and wireless technology had made it easier for people to get multiple fitted without the need for an electrician.

Mr Wilding said education could only go so far, so Fire and Emergency had been trying to find other ways including legislative change.

"We go to certain key risk groups more often than others. One of those big groups has been renters or residential tenancies.

"The encouraging thing there is a couple of years ago the government passed a law requiring smoke alarms to be in rental properties."

The next thing, he said, was to ensure people had good coverage with smoke alarms.

"Internationally, it's accepted that for the best coverage you actually need a smoke alarm in all your bedrooms and on every level of your house."