An international group targeting church abuse is calling on the Vatican to protect children in New Zealand from sexual predators. 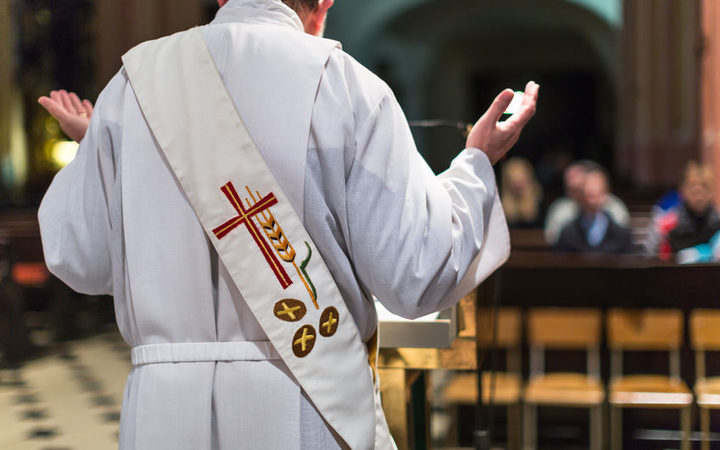 An international group is calling on the Vatican to authorise New Zealand's bishops to tackle abusers regardless of the church's internal rules. Photo: 123RF

Ending Clergy Abuse or ECA Global has issued a resolution after meeting on the fringes of the Pope's four-day abuse summit in Rome.

It is calling on the Vatican to authorise this country's bishops to tackle abusers regardless of the church's internal rules.

"We submit this cannot be achieved without Pope Francis instructing the bishops of New Zealand that they are responsible and will be held accountable under canon law for the professional standards and conduct of any priest, religious or lay person in their dioceses who sexually predate on children," said the resolution signed by ECA president Timothy Law, a US lawyer.

It carries 24 signatures from five continents.

New Zealand's only Cardinal John Dew has said neither he or any bishop had the authority to deal with members of religious orders such as the Marist Fathers, even if they abused children.

Only the head of an Order could do that, he told RNZ.

Australia's abuse inquiry showed high rates of abuse by members of Catholic Orders: it reported that 40 percent of St John of God Brothers had child sex abuse allegations against them, and more than 20 percent of Marist Brothers, Salesians of the Don Bosco, and Christian Brothers.

ECA Global said survivors' stories showed clergy in New Zealand had been able to abuse with "impunity because of systematic failure".

The Vatican should instruct bishops to open all archives and current files on abuse, its resolution said.

"We further submit the Vatican must mandate its New Zealand bishops to publicly report on what action they are taking to address .... abuse."

Church authorities have rebuffed recent RNZ requests for information about upheld complaints against clergy who RNZ identified by name, by saying this would not be made available while the Royal Commission on abuse was pending.