One of New Zealand's most senior Catholic clergy has clashed with abuse victims over his claim bishops have no powers to remove predatory members of religious orders from their dioceses. 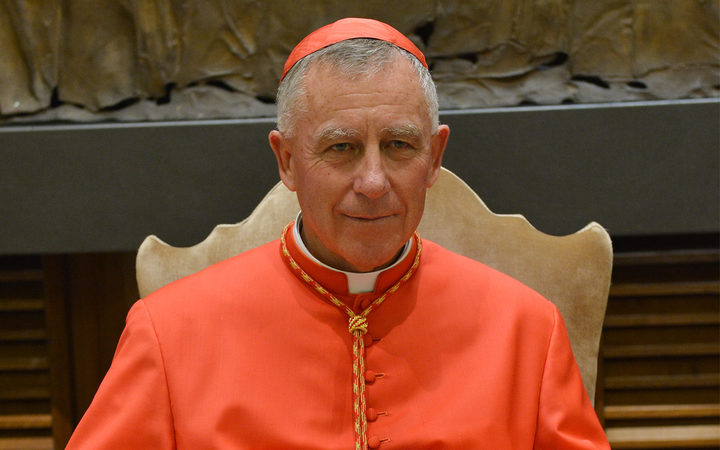 The 22-25 February meeting was billed by the Vatican as the beginning of a worldwide series of reforms.

Before leaving for Rome, Cardinal Dew met abuse survivor Steve Goodlass and two advocates to discuss how transparently the Church was dealing with abuse cases, particularly through its much-criticised National Office of Professional Standards.

During the discussion Mr Goodlass said Cardinal Dew stated his view that bishops had no power to discipline or remove from their dioceses those belonging to religious orders and societies who had been accused of sexual abuse. This included the Society of Mary and Marist Brothers, who have a significant presence in New Zealand.

Mr Goodlass was abused by Marist Brother teacher Patrick Bignell at St Bernard's College in Lower Hutt in the 1980s.

Two other abuse survivors, who did not want their identities revealed, told RNZ they met with Cardinal Dew in 2015 to discuss their sexual abuse cases and were told by him he had no jurisdiction to intervene in matters involving members of religious orders and societies.

Mr Goodlass told RNZ he was alarmed by the cardinal's comments, as it suggested bishops were still shirking responsibility in confronting clerical sex abuse in their dioceses.

"There is a glaring issue of oversight here and who actually is responsible for ensuring abuse is dealt with and 'safeguards' are actually being enforced," Mr Goodlass said.

"If we look to the situation in the United States, grand juries have all found the buck stops with the bishops in their dioceses, yet we have ... Cardinal Dew contending that's not the case.

"If they have no powers to intervene, why has Pope Francis summoned them to Rome for the conference?"

He added that the Church's own Canon Law explicitly gave bishops the right to intervene.

Cardinal's position: Bishops have no jurisdiction

Speaking to RNZ from the Vatican, Cardinal Dew confirmed he had met with Mr Goodlass and other survivors previously, and insisted that he or any bishop in New Zealand had no authority to remove predatory members of religious orders from their dioceses.

"The bishop has no direct jurisdiction over any particular member of the Order," he said.

"The bishop is not able to discipline a particular individual, that is the right and the responsibility of the Local Superior, often known as the Provincial... This is the case with the Marist Fathers and the Marist Brothers.

"If something was brought to my attention about a member of a particular Order I would be obliged to inform the local Provincial, but I am not able to take action in disciplining that individual, that belongs to the Provincial."

Renowned US canon law expert Dr Edward Peters said bishops must co-operate with Provincials, but ultimately bishops had the power to ban members religious orders and societies from their dioceses.

"General canonical authority over individual religious belongs to their superiors (c. 601) but religious are subject to the authority of local bishops in matters pertaining to the public exercise of ministries (c. 678)," Dr Peters, who teaches canon law at Sacred Heart Major Seminary in Detroit, said in an emailed reply.

"Coordination between bishops and religious superiors regarding the public ministry of individual religious is encouraged, of course, but fundamentally, responsibility for the pastoral care of the faithful in a diocese rests with its bishop (cc. 381, 392, 678). 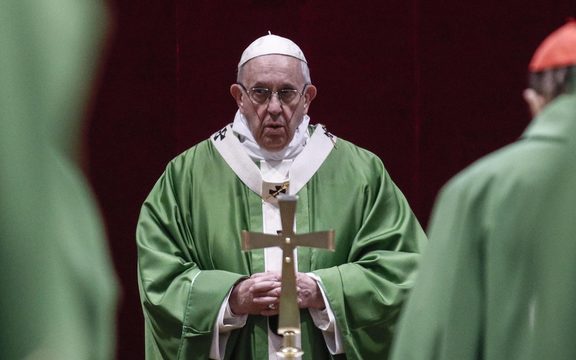 "This implies the authority of bishops to restrict or prohibit a given [members of] religious societies and orders] not just from engaging in public ministry within the bishop's territory, but even to prohibit his or her residing in the diocese, although, if the religious superior will not direct the member to relocate at the request of the bishop, the matter is to be referred to the Holy See (cc. 590, 679).

Dr Peters said the bishop could also initiate a canonical criminal process against a suspected abuser from a religious order.

"In addition, should the problem need to be treated in a canonical criminal process, it should be noted that [members of] religious [orders and institutions] are liable to the penal jurisdiction of local bishops (c. 1320)."

It may be a key issue that the Royal Commission into historical abuse looks at during its process of examining cases involving the Catholic Church, although it was unclear whether the issue was addressed during the summit in Rome.

The presidents of 115 bishops' conferences around the globe were summoned to the Vatican for the summit, along with 14 leaders of Oriental Catholic churches, 22 superiors general of religious orders and 14 members of the Vatican's own bureaucracy.

Auckland Bishop and president of the New Zealand Bishop's Conference, Patrick Dunn, was unable to attend due to an recent eye operation, with Cardinal Dew taking this place.

Pope Francis has said clericalism, which he defined as a corruption of Christian ministry, was inextricably linked to failures in how the Church responded to sex abuse within its institutions.

He has called for a culture change where responsibilities are clearly defined, particularly for bishops. In his speech at the closing of the summit in Rome he called clerical predators "tools of Satan" and demanded bishops don't cover up the abuse.

The summit was expected to bring forward initiatives on regional, national and diocesan levels during the coming months to tackle the abuse.