An advocacy group wants the prime minister to do more to improve the situation for New Zealanders living in Australia.

The group, Iwi n Aus, is concerned that the coalition government retaining power in Australia will mean the situation for vulnerable New Zealanders across the Tasman will get even worse.

One of the Liberal Party's election promises was to introduce legislation to toughen the character test which will mean visas can be cancelled for non-citizens convicted of crimes.

It promised to extend this to include non-citizens convicted of offences involving violence against a person, weapons, breaching of an apprehended violence order, (or similar), or non-consensual sexual acts, even when the sentence is less than 12 months.

More than 1500 New Zealanders have been deported since Australia adopted this policy in 2014. 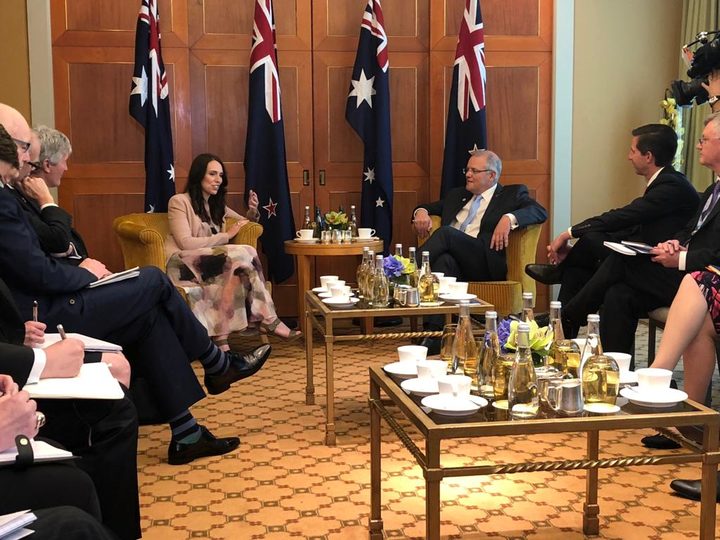 An advocate wants Jacinda Ardern to put pressure on Australia's Prime Minister Scott Morrison and his administration so that New Zealanders enjoy the same rights that Australians have in this country. Photo: RNZ / Gyles Beckford

Ms Payne said Prime Minister Jacinda Ardern needs to do more to address the inequality in trans-Tasman travel agreements, so that New Zealanders in Australia have the same rights that Australians enjoy in this country.

"The reason we're the number one nationality in Australia's detention centres is not because we're a land full of people who don't obey laws.

"It's because we're left in such a vulnerable state that anything that goes wrong in someone's life, they're not given any security or help to assist them," she said.

"Prime Minister Morrison has an affinity to New Zealand having lived and worked here.

"He understand us, which is very helpful to the Trans-Tasman relationship," Ms Ardern said.