The Pike River Recovery Agency has confirmed it was faulty monitoring equipment that caused the oxygen leak which led them to delay re-entry of the mine. 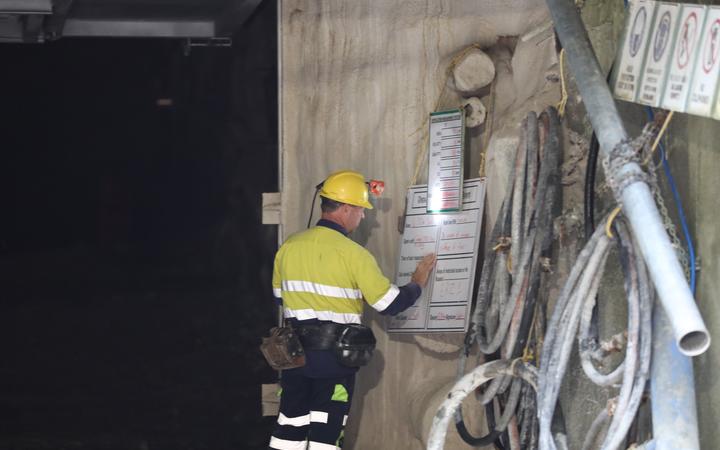 A crewman looks at a list outside the 30m concrete seal at Pike River mine. Photo: RNZ / Simon Rogers

The West Coast coal mine exploded in 2010, with 29 men dead inside.

The plan to re-enter the access tunnel - known as the drift - on Friday was called off after high levels of oxygen were detected, making entering the tunnel potentially unsafe.

Pike River Recovery Agency chief operating officer Dinghy Pattinson confirmed this afternoon that one of the sampling tubes that monitor the atmosphere inside the mine had leaked.

He said they were continuing to test all the monitoring equipment.

Police announced on Saturday an investigation had found no evidence the second explosion was caused by a conveyor belt being turned on.