Police have found no evidence the second explosion at Pike River mine was caused by a conveyor belt being turned on. 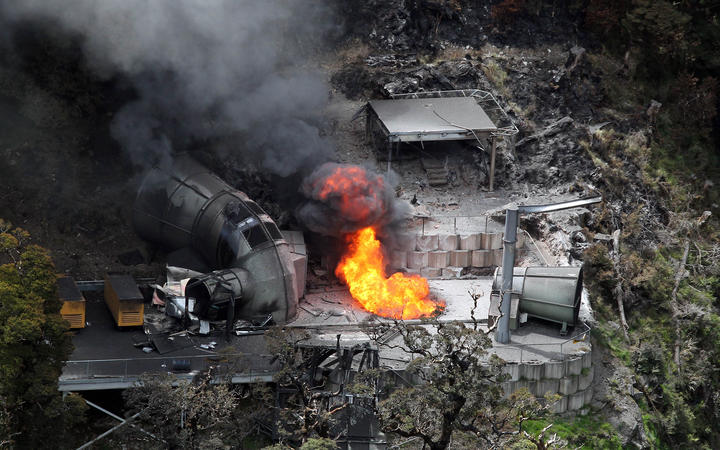 Flames coming out of a ventilation shaft at the Pike River mine near Greymouth. Photo: AFP

A police investigation was launched in August last year into claims that the second explosion, five days after the initial one, was triggered by a conveyor belt heading into the mine being turned on.

Twenty-nine men died in the 2010 explosions.

Detective Superintendent Peter Read said the now-concluded investigation found no evidence that anyone entered the hut where the belt was operated from, which was monitored by CCTV.

Mr Read said there was also no evidence the air around the conveyor belt or its electrical systems was anything other than fresh air, and therefore not an explosive mixture of gas.

He said a proposal to start the belt in the days following the first explosion was never supported or approved and there was no evidence the police or anyone else gave authority for the belt to be started.

This confirms the initial police assessment made public in September last year.

Police have met with the Pike River families and shared the findings of the investigation.

Thursday's planned re-entry to the mine was postponed due to a change in atmospheric readings.