At least four waterspouts have been seen off the coast of Waiheke as heavy rain works its way across the harbour. 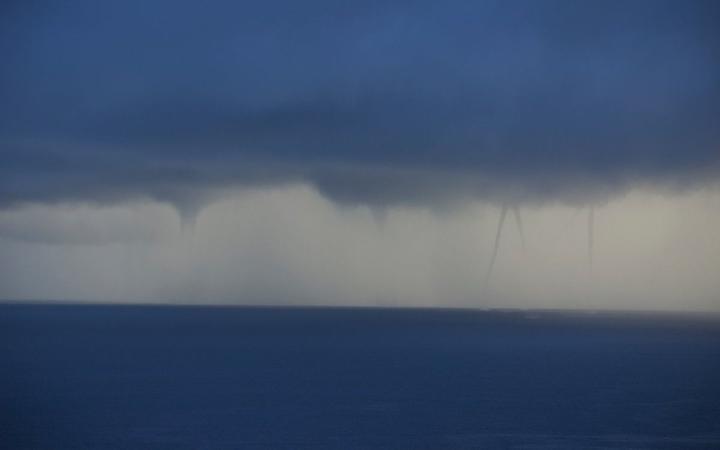 The National Institute of Water and Atmospheric Research (NIWA) said conditions were ideal for waterspouts with warm ocean temperatures, much cooler air, and relatively light winds.

Waiheke resident Paul Dyson grabbed his camera after looking out his window at Palm Beach about 8.30am.

"You could see the funnel from the cloud going down to the sea and around the base of this waterspout there was a huge amount of spray.

He said the first spout stayed around for up to half an hour before dissipating. 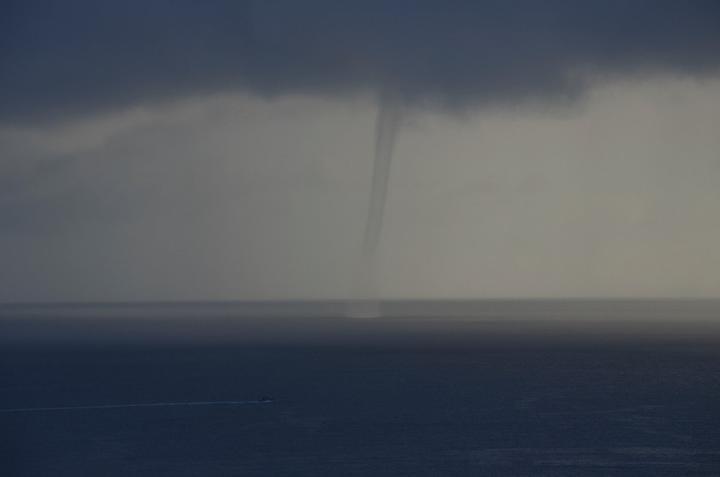 "Over time, probably over 20 minutes, 30 minutes, several spouts developed. Initially I could see the water spray in several spots and then from those spray sights they developed spouts as well. We ended up seeing four in total total looking north to Great Barrier Island and Little Barrier Island."

NIWA meteorologist Ben Noll said it was not something you would expect to see in Auckland.

"You might see it in the Great Lakes in the north-eastern portion of the United States as conditions can be more volatile in that part of the world but for Auckland standards I think seeing four or five in one photo is impressive." 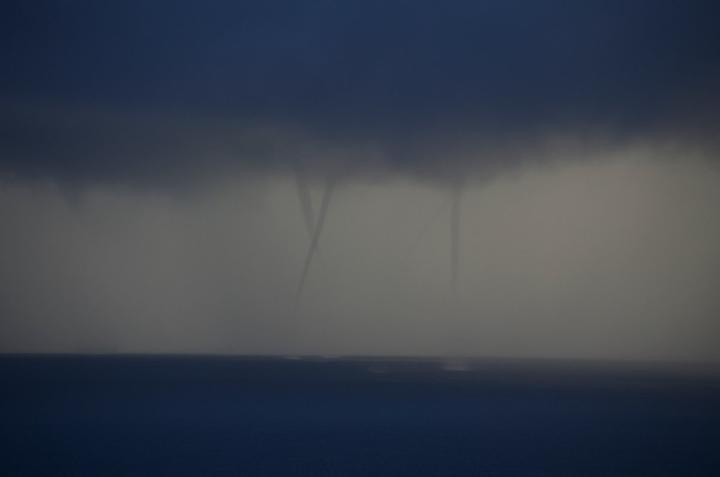 "Right now our ocean temperatures around New Zealand and the Auckland region are about 20C, and this pocket of air above our heads is about 5C. That's a 15C temperature difference and that is enough to create instability in the atmosphere and therefore producing these tornadic waterspouts that we've seen around Auckland this morning.

"We also have relatively light winds ... that allows the waterspouts to basically not get ripped apart. "

Mr Noll said if people were out and about in the harbour they should avoid the area. 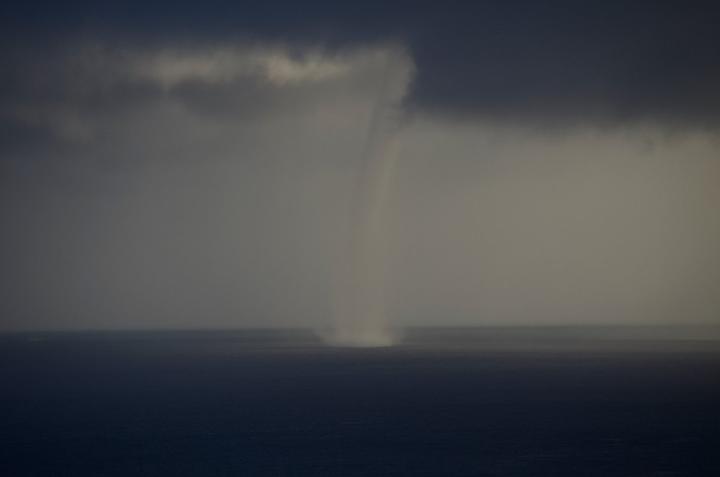 "They obviously can produce quite strong winds in their immediate vicinity and also rough seas and swell in the vicinity of those waterspouts.

Mr Noll said the thunderstorms and heavy showers had, by about 9am, moved east of Auckland and were sitting around the Firth of Thames which stretches from the Coromandel Peninsula to Great Barrier Island.

"As we go into the afternoon there could be some more pop-up heavy showers and thunderstorms around the Auckland region, perhaps around land this time. So certainly the opportunity for some heavy downpours and maybe some gusty winds not out of the question in spots across the Auckland region on tuesday afternoon.