Continued heavy rain is in store for the eastern Bay of Plenty, Gisborne ranges, and western Nelson. 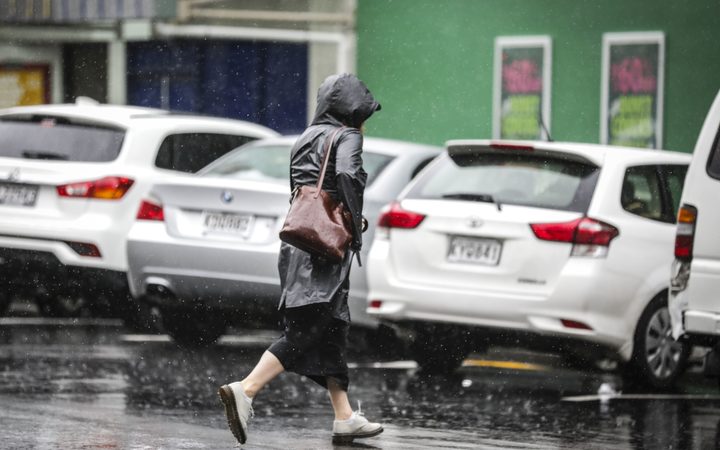 An active front lying over central North Island areas is expected to move slowly eastwards during today before moving away to the east on Tuesday morning, the MetService said.

It issued further severe weather warnings for those areas this morning, after earlier warnings last night, although an earlier heavy rain warning for Taranaki was lifted.

This front will deliver in rain to parts of central and northern New Zealand.

The heaviest falls were expected in eastern Bay of Plenty and the Gisborne ranges with about 80mm to 120mm of rain forecast for those areas until the early hours of Tuesday, with thunderstorms also possible.

Meanwhile, until midday, a heavy rain warning is in place for Nelson. A further 10mm to 25mm is expected to fall west of Motueka on top of what has already fallen in Nelson.

In Taranaki, where the warning was lifted, isolated and thundery showers were still possible until the evening.

"Taranaki received warning amounts of rain in the last 24 hours, with around 130mm of rain falling about the Mountain, and around 100mm near the coast north of the Mountain" Meteorologist Kyle Lee said.

The South Island, however, will have relatively settled weather as it lies under a ridge of high pressure.

The weather will improve as the week progresses.

Come Wednesday, more settled weather is expected with some precipitation only affecting the east coasts and the far south.

"On Anzac Day, there will be plenty of settled weather for dawn services around the country. Remaining showers in the east will clear and the weak front in the south will bring rain to the west coast of the South Island" Lee said.