Students across Aotearoa are joining the call by police and authorities to stay safe on the roads this Easter weekend. 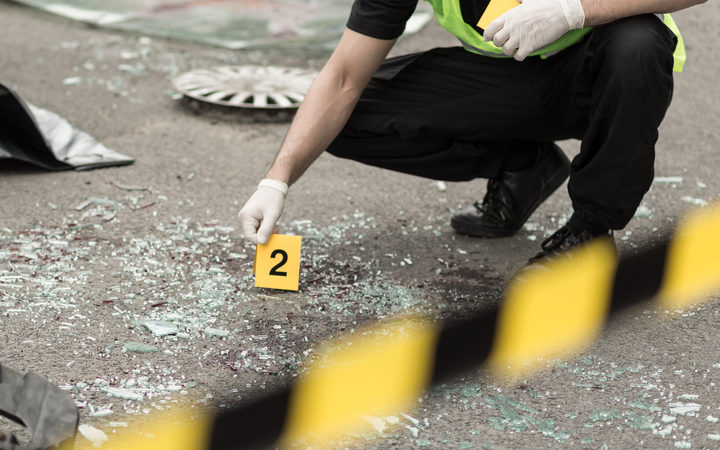 Police and the Ministry of Transport are urging drivers to drive to the conditions and wear seat belts at all times.

As part of their annual conferences, Students Against Dangerous Driving (SADD) groups from across the country are creating social media videos urging communities to adopt safer driving habits.

Fraser High School student Natalie Poša, 15, has been a part of the SADD group in her school for four years.

She said the best action students could take was to look out for one another and encourage safer driving habits.

"Everyone should make good decisions on the road because it doesn't just impact you - it impacts your family, your friends and all other road users," Ms Poša said.

It was important young people heard the message from their peers, as well as authorities, she said.

"We're talking about all aspects of dangerous driving.

"But just recently, we've had one of the most deadly weeks on the road in all of New Zealand history," he said.

"So now, more than ever, we need to care about this."

Seventeen people died within five days in car crashes between 1 April and 6 April.

Automobile Association spokesperson Simon Douglas said youth educating other youth on safe driving habits was one of the strongest ways to send a message to young people.

"You've got youth talking to youth in a way they can understand and identify with," he said.

"Youth respond much better to fellow youth than they do to authority voices like the government or even their parents."

He said youth were "over-represented" in the number of road crash deaths over the last five years.

"When you're first driving as a restricted driver, you're at one of the highest risk periods of your driving life," he said.

Associate Minister for Transport Julie Anne Genter said it was "heartbreaking" that on average, 30 people died in car crashes every month.

A quarter of all passenger vehicle fatalities involved people that were not wearing seat belts, she said.

She is urging road users over the Easter break to "belt up".

She said it is fantastic youth are spreading the message in their communities.

"It will take a sustained effort from all players - central government, local government, police and the public for us to reduce serious injuries on our roads."

"I do believe that we can do it and young people can play a critical role in supporting the change," Ms Genter said.

The total social cost of each motor vehicle crash fatality in 2017 was estimated to be $4.37 million.

Ms Genter said the government had made road safety a priority in its policy statement and was investing $1.4 billion into road safety improvements over the next three years.