Two young children were killed in yesterday's crash in Ashburton, police have confirmed. 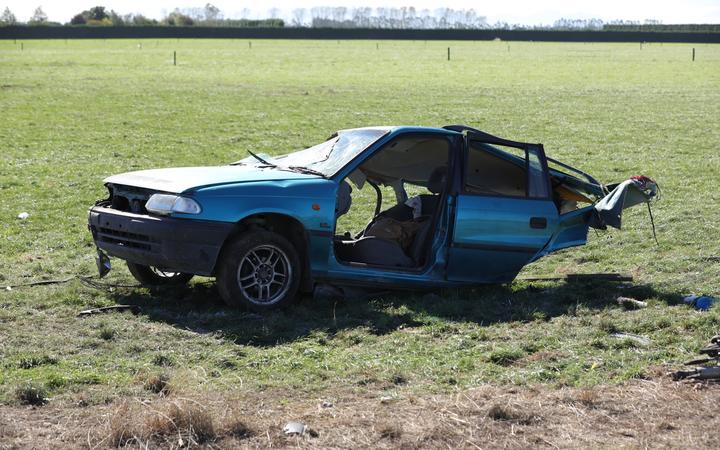 A car crash near Ashburton claimed the lives on two young children and an adult. Photo: RNZ / Simon Rogers

Police have named the two young children and the 30-year-old woman killed in yesterday's crash in Ashburton.

The three were from Ashburton.

A station wagon and a ute crashed at the the intersection of Mitcham Road and Hepburns Road shortly after 10am on Monday.

Hepburns Road resident Brad Fallaver said drivers unfamiliar with the road would be at the intersection before they knew it, because it's not well signposted.

Mr Fallaver said there were no signs until right at the intersection, and once there it could be hard to see if traffic was coming.