Councils around the country will be looking to the Greater Wellington Regional Council as it relocates buildings as part of a retreat from the Kāpiti Coast. 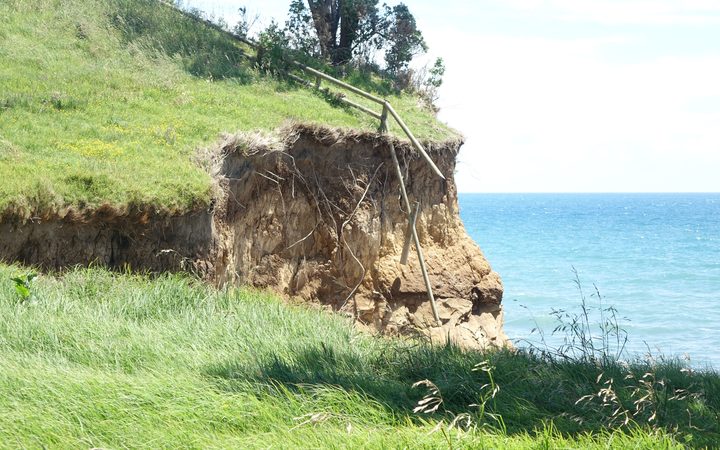 The council is proposing putting in a 40m erosion buffer zone at the southern end of Queen Elizabeth Park in Paekakariki which would mean relocating buildings, including the surf club, to a safer area.

A 2010 report indicated that Queen Elizabeth Park could lose up to 40m of land due to coastal erosion from climate change or severe weather events at the park.

Over the last few years, there have been a number of significant weather events that have undermined the dunes at the park, and washed away tracks and a bridge.

Greater Wellington Regional Council's manager of parks Amanda Cox said the council concluded it needed to put in a plan of retreat from the coast.

"We want to pull back with park infrastructure such as roads, tracks, we've got the toilet block there, other facilities and relocate those in a safer zone."

Ms Cox said the council would also be planting out the 40m buffer zone with dunes, so there was a more resilient fore-dune system which would withstand the effects from adverse weather and would allow natural marine processes to take place.

The plan focuses on the coastal edge from the park's southern entrance at Wellington Road in Paekakariki, to approximately 900m north.

She applauded the council for starting the process of using nature to absorb the changes that were occurring as a result of the storms and sea level rise from climate change. She called it a prudent approach.

"It is really interesting because it provides a number of new benefits for the community in creating new spaces, new trails, new beach access, open spaces and so forth," she said.

"Rather than continuing to put our dollars into holding the line and rebuilding structures as they're damaged, this is basically heralding a new way of approaching the problems and I think that we'll see more of this around New Zealand as councils grapple with the impacts of climate change."

Dr Lawrence said councils were required to look at the long-term issues of climate change.

She said the New Zealand Coastal Policy Statement had been in place since 2010 and using nature to deal with sea level rise and coastal hazards had been on the books since then.

But, she said councils had been reluctant to dip their toe in.

"I think that this is a very useful approach and I think shows the sort of leadership we expect from regional councils and district councils."

It is holding drop-in sessions for the community this weekend and people have until 7 June to provide feedback on the plan.