A senior United Nations official says not enough is being done to end Islamaphobia and racism across the world. 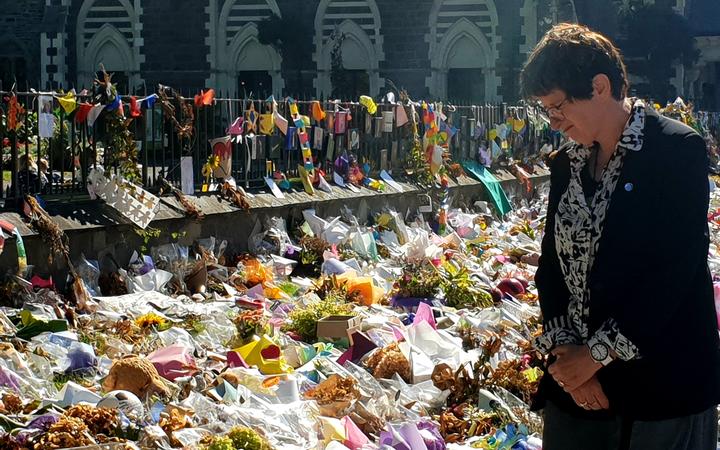 The UN's deputy high commissioner for human rights, Kate Gilmore, is in New Zealand to talk to the people affected by the Christchurch mosque shootings and take those stories back to the international community.

She said those tales would help emphasise not enough was being done to end the scourge of racism and Islamaphobia.

"The cost and casualty of the war on terror has caused the lives of certain people to be treated as if they're somehow of less importance.

"At the forefront of that disregard, of course, are the people who are identified and identify as Muslim, but it's inclusive of 'the other'.

"It's manifested in now an almost normalised racism - a normalised disregard and disrespect for people who love, look, and worship differently."

She said what had suprised her about the shooting was the response of New Zealand's prime minister Jacinda Ardern.

Ms Ardern's voice stood out for its distinction and difference to other leaders responding to similar atrocities in their countries, Ms Gilmore said.

"How can it be that is so unusual to hear the gift of inclusion of justice, of standing shoulder to shoulder, with the victim and with the survivor, of not declaring revenge to be a rightful response."

Ms Gilmore had been part of a panel discussion with Christchurch mayor Lianne Dalziel and other members of the community.

Ms Dalziel said it was powerful to have Ms Gilmore in the city so soon after the attacks, and it was making people think about how to fully embrace Muslims as the city moves into the next stage.

She said Ms Gilmore had mentioned the Treaty of Waitangi process, and how it was built on truth and reconciliation - and how those values could be applied to what had happened in the city.

The council had been hit "pretty hard" by the attacks, she said, and many had dropped everything to do what had been asked of them.

"I think there will be a bit of a time where people will want to take some time to reflect on everything that has occurred, so that's going to naturally have an effect on the organisation, but the committment that I'm hearing around the building every day is amazing."

After Christchurch, Ms Gilmore was also planning to visit Wellington and Auckland to talk to leaders and the communities there.