Haji Maheboobhai Allahrakar Khokhar, 65, who died in the Christchurch mosque attacks, had just two days left of his first visit to New Zealand to see his son's family. 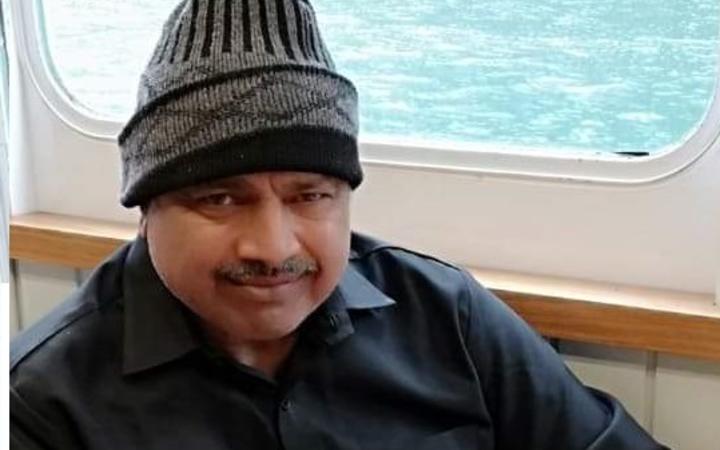 Mr Khokhar and his wife had arrived in the country about two months earlier for a holiday to visit his son and daughter-in-law, Imran and Ashifa Mohammed.

With two days left, on Friday, 15 March, the women worried Imran and Haji Maheboobhai - who was asleep - would be late for Jumu'ah prayers (Friday prayers).

"Just two more days to go [before he was due to go back to India] ... and this happened," Ms Mohammed says. "Sometimes we wish we never woke him, let him sleep and miss the Jumu'ah, but he loved going to the mosque."

They did wake him, and the pair rushed out the door.

Mr Khokhar was dropped off at Al Noor Mosque's entrance by his son, who drove on to find parking but heard gunshots moments later.

Imran could not enter the mosque nor could he leave without his father. He called his wife to warn her.

"He said 'lock the house, there's a shooting happening inside the mosque'," Ms Mohammed says.

"'Just tell Mum to pray, Dad's gone inside and I'm still looking for parking, I'm just waiting for him to come out and I'll come home'."

However, hours later Mr Khokhar was still missing, she says.

"So me and his mum, we went to the hospital looking for his dad, but there were so many crowds at the hospital and we couldn't figure out [anything] and we had to be patient for hours and hours," she said. 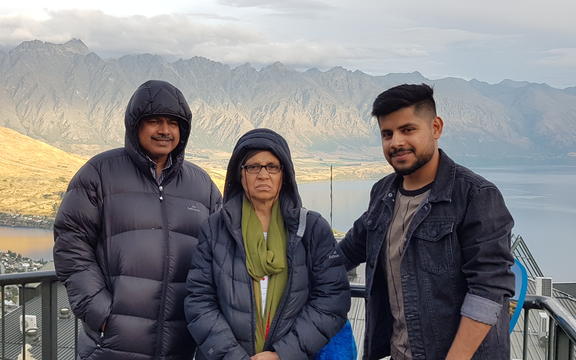 Mr Khokhar had no mobile phone or identification on him, and the family had hoped he was just missing, she said.

"The next day we had to wait [to find out] where he is. [We thought] probably he's hiding in someone's house, we were having hopes that he was okay, but no ... no response."

Ms Mohammed says they held on to hope for days, until police released his name among the last four of 50 killed in the attacks at the mosques at Deans Ave and Linwood.

Imran has taken his father back to India so his brothers can also farewell him before the burial there. Ms Mohammed says she remembered him as being patient and a good role model for young people.

"My partner used to tell me 'I'm nice, it comes from my dad'.

"We are glad that he came overseas ... he was having a good time in New Zealand. It was his, my partner's dream, that he would bring his parents here to have a holiday."

'I thought my son was gone'

Ashifa Mohammed's brother was at the Linwood mosque when the shootings took place.

Their mother, Zeenat Akif, said she could sense something was not right from that morning but had not accompanied her son to the mosque.

When Ashifa called and told her about the shooting they both tried contacting him, but he was already praying. 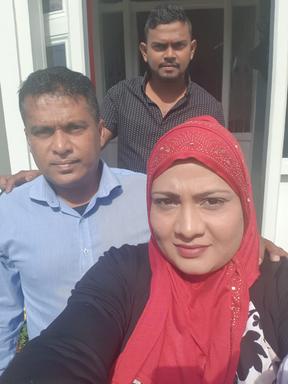 Zeenat Akif with her husband and son. Photo: Supplied

"I called my son's friend, he said 'I'm in the carpark and [he's] inside the mosque', only two words and the phone was on, I heard like gunshots, like a machine gun," Mrs Akif said.

Mrs Akif's brother and his son were also at Linwood mosque. She says she rushed over to her aunt's place to break the news to the family.

"I said '[it's] finished, everything's finished. We have lost everything now'.

It wasn't until a few hours later she found out her son, her brother, and her brother's son were all safe. When she went to pick them up, her son was in shock.

"He was shocked, speechless, he couldn't talk much.

Both Ashifa and her mother said they were thankful for the support and unity shown across the country.

"It's a very big thing in a situation like this where everyone's helpful. That's what we all need, we don't need hatred, we all need love," Ms Mohammed said.

"In New Zealand, there's a very great support, which I haven't seen in my life, especially from our prime minister of New Zealand and the people of New Zealand - people are so loveable," Mrs Akif said.

"At this stage, anybody who comes up and gives you comfort, like gives you a hug, it means a lot. It means a lot that we are somewhere where we feel we're home.