The family of one of the victims of the Christchurch terror attacks struggled to get information until they landed in New Zealand, and it was not until five days later they found out the 17-year-old was dead. 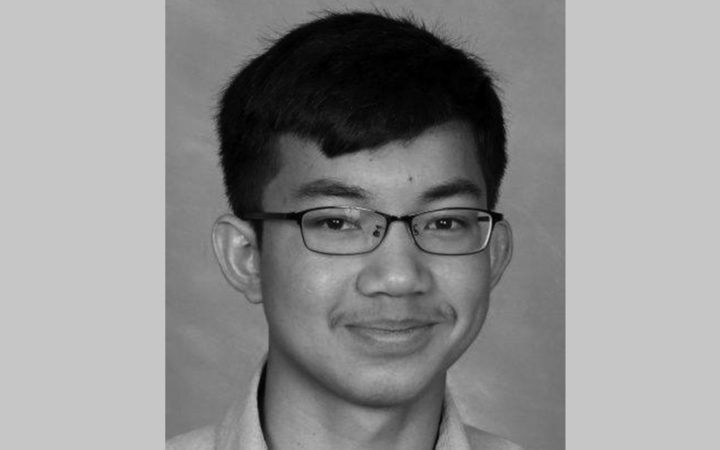 Muhammad Haziq Mohd-Tarmizi, 17, who was killed in Al-Noor Mosque in the Christchurch terror attacks. Photo: Supplied

Muhammad Haziq Mohd-Tarmizi, 17, was a student at Burnside High School in Christchurch. He was killed in the terror attack on Al-Noor Mosque two weeks ago.

Muhammad's father was in hospital recovering after the attack, but all they knew of the boy was he was missing.

Shariffudin bin Mohd-Anuar, his uncle who lives in Malaysia, said the family had been planning to visit New Zealand next year. He said it was a surreal experience finding out what happened and at first they found it tough to accept.

"Initially, it was a surprise. We thought it was a prank initially. When I saw the video on Friday, I thought it was somebody playing a video game or something like that but when we looked at it closely we said 'this is real'," Mr Mohd-Anuar said.

"Immediately, in our mind we thought of our family here."

Muhammad was the second of four siblings, and Mr Mohd-Anuar said the family always felt safe in New Zealand and decided to make it their home.

After the attacks the boy's mother hoped to bring them over to New Zealand as soon as possible. She tried to get in touch with the Ministry of Foreign Affairs and the Malaysian embassy.

"Apparently, there wasn't any news," Mr Mohd-Anuar said. "So what we did was on Sunday we decided that we cannot wait any longer, so we bought tickets online."

Immigration NZ was criticised in the days after the attacks for delays in getting visas to families, but later set up a special processing system to handle families' requests.

Officials helped the family when they reached Christchurch on Tuesday 19 March.

"When we reached the airport, immigration recognised us. They were asking us 'are you family of the victims?', we said 'yes'.

"They immediately [took] us through the immigration quite fast and helped to call the Malaysian association to help ferry us to the hospital, where our brother-in-law was there.

"He was in the hospital and undergoing operations because he was shot, now he's recovering at home. But we didn't know anything about the fate of our nephew."

However, Mr Mohd-Anuar said it was not until Wednesday evening - five days after the attack - that they found out his nephew had died.

"We thought he was missing for a few days, apparently he was inside the mosque when later police identified him.

He said the family had strong faith, and was supportive of the government. "From what I can see the government are doing their very best to ensure that New Zealand remains one of the most peaceful countries in the world."

In a statement, police said they were aware of the feelings of the families of victims in regards to the identification process.

"Police and partner agencies worked relentlessly and did everything in their power to complete the identification processes as quickly as possible.

"While identification may seem straightforward the reality is much more complex, particularly in a situation like this."

Police said they first needed to examine the scenes to collect evidence to support prosecution and that it was vital no mistakes were made during the process.

"We continue to work closely with the victims' families, and we are ready to discuss any concerns which they may wish to raise with us."

Chief Coroner Judge Deborah Marshall, two other coroners and four support staff were also in Christchurch to help speed up the process.