Brenton Tarrant, the accused in the Christchurch terror attacks, lived in Dunedin, but the city's civic leaders say incidents of harassment and other racist behaviours centre on a small undesirable minority. 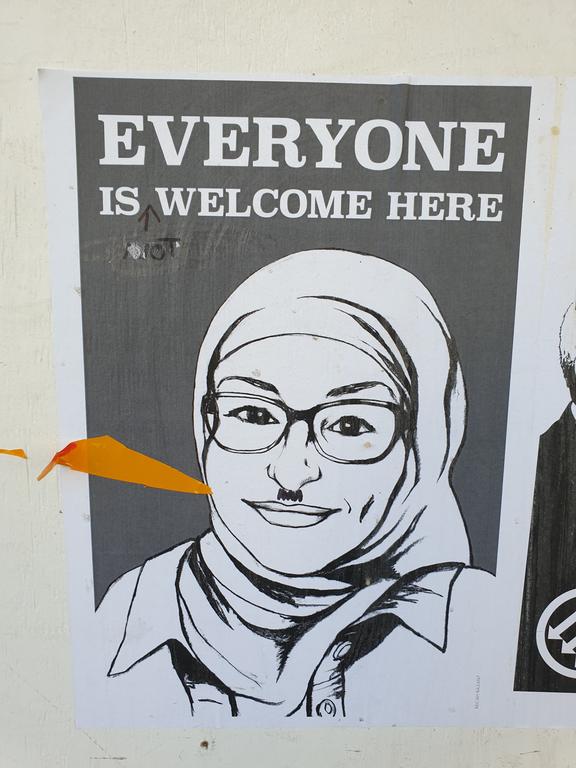 Only a sign above the front door and the steady stream of worshippers making their way to pray throughout the day betray that it is the home of Islam, and the about 800 followers of the religion, in Dunedin.

But the mosque has attracted the attention of a more toxic element in the city, even garnering special mention in hateful ramblings of accused gunman Tarrant.

When the 15 March massacre happened, the 28-year-old had been living in Dunedin for almost two years.

The fact that the mosque until recently had an open-door policy and the accused likely visited in his time in the city has not escaped Otago Muslim Association president Mohammed Rizwan.

But as he sits on the floor of the mosque, Mr Rizwan revealed it was not the only time hate had visited the holy site.

"Someone dumped a rubbish bag full of dirty diapers outside our front door," he said.

"That just goes back to ignorance.

"We've had people vandalise the mosque as well. This one student, he just came up with a big rock and just threw it at our window - broke the window and just took off. And there's been other sorts of vandalism. That has happened."

The diaper incident occurred only earlier this year. Late last year the mosque was broken into and the hard drive which contained footage from its CCTV cameras was stolen.

It would be all too easy to accept and become resigned to such attacks, Mr Rizwan said.

"It's something you don't want to get used to and say 'well let's just get used to it, it's going to happen'. But it shouldn't happen. It shouldn't happen, right? I mean why? This is a place of worship. We are Muslims, but we are part of the community. We are all Kiwis, it's just that we believe in a different religion - that's it."

Even more pernicious was the everyday racism manifesting in Islamophobia, most acutely felt by women of the faith including his daughter - who has had her hijab pulled at by strangers - and his wife.

"People have called out names while driving past. People have spat in front of her. So that is something that actually is in Dunedin. It's not something that we can just say 'oh, no that's not here'. It definitely is here."

Some people would jokingly taunt Muslim women or tug at their hijab, others were motivated by hate.

But either way such behaviour was unacceptable, Mr Rizwan said. 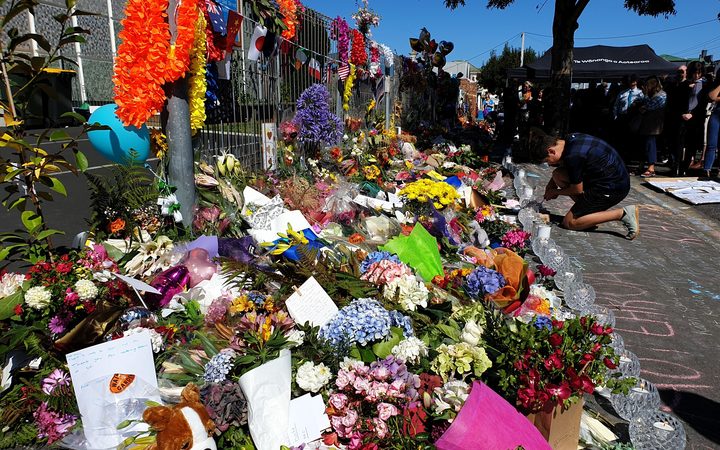 Christian nuns wore similar hair coverings and no one would consider pulling on those, he said.

But despite those incidents, Dunedin was a safe city and the vast majority of its residents had no time for such ignorant views. And that was abundantly clear since the shocking events of 15 March, he said.

"From day one people started coming and visiting us," Mr Rizwan said.

"On Friday when I came here, flowers were already here and cops were here as well.

"We were humbled - really grateful. But surprised as well. Wow, there are a lot of people grieving with us, supporting us."

Until the tragedy, he did not realise how much support the Muslim community had from the wider community in the city.

And that sentiment was shared by Hamzeh Obediat, president of Otago's Muslim University Students Association.

"I've been in New Zealand for quite a while, I went through high school here, and I haven't really felt that connection with people here up until two weeks ago," he said.

"It's kind of ironic, I feel a lot safer now than I did before." 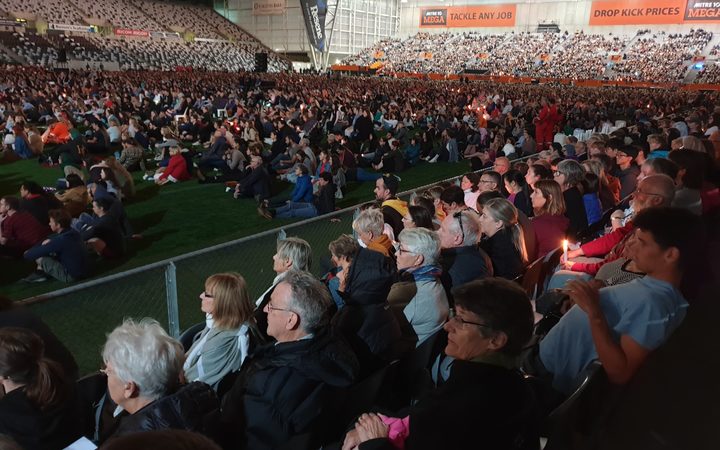 The magnitude of that support was demonstrated when 18,000 residents packed into Forsyth Barr Stadium for a vigil to show their respects for the victims of the tragedy.

Mr Obediat was moved by the community's support.

He emigrated from Jordan as a young boy and spent time in various parts of the North Island before coming to Dunedin for university.

Whatever drove the accused gunman, it did not come from living in Dunedin - a city and community he had found inclusive and welcoming, Mr Obediat said.

"I don't know the guy personally but I assume he went through a terrible tragedy or something happened for him to feel that much hate. And it's just sad to think he didn't have anyone there to help him.

"Your mind is your own place. It can make a hell out of a heaven, and a heaven out of a hell."

'Get to know people that are different from you' 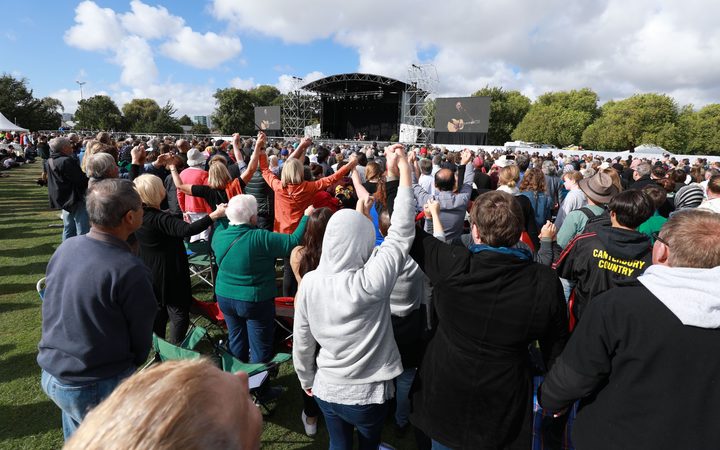 There was no suggestion of organised nationalist or white supremacy groups operating in Dunedin.

"We don't have any intelligence that suggests that there are links or people affiliated or associated to specific entities or organisations that promote that specific behaviour," Mr Gray said.

"We are not naive to think it doesn't exist, but it's certainly not something we consider a significant issue in our city."

When reports of such activity did come to light significant resources were put into investigating and following up the matters.

Despite no evidence of extreme right-wing factions operating in the city, police remained vigilant and wanted to hear of any concerning ideology or behaviour, Mr Gray said. 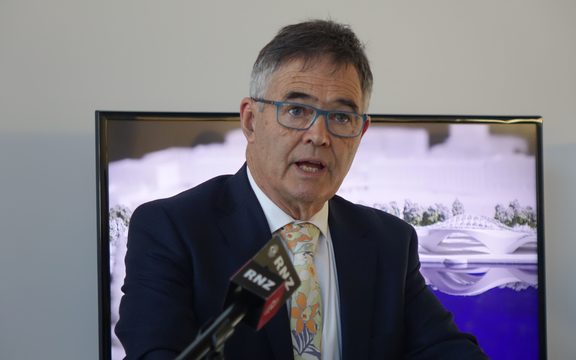 Dunedin Mayor Dave Cull also accepted there were some in the community who held undesirable views about Muslims and not all were supportive of the city's move to become a refugee resettlement centre.

But those people were a small minority and he was proud of how the city's population had responded to the tragedy.

"I don't think we've always been perfect. There's clearly been discrimination in our nation's history and in our city's history," he said.

"But I think it's been a journey towards improvement. I think the inviting of the Syrian refugees into the city by the community is testament to that. I think we are a welcoming city.

"The events of 15 March have given us an opportunity to step up to the next level."

And to those who still struggled with the Muslim community in the city, he had a simple message:

"Get to know people that are different from you.

"Get over your fear, just once, and get to know some people that are different from you. And I think you'll find you have far more in common than separating you."