Warning: Some readers may find some of the details in this story distressing

A Christchurch family who lost their grandfather in the mosque massacre say New Zealand has been and always will be their home. 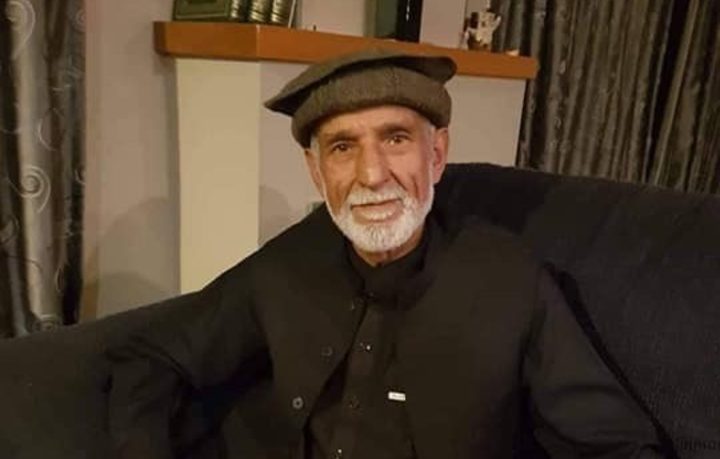 His son Yama Nabi was running 10 minutes late for prayers with his eight-year-old daughter, Zora, who was looking forward to seeing her granddad.

Pulling into Deans Ave, they were thrust into the aftermath of the country's worst terrorist attack.

Mr Nabi said a passer-by told him there had been a shooting and he pulled the car over before giving the keys to Zora.

The father-of-four said he headed towards the mosque and passed bodies as he drew nearer to the building.

"I got closer and thought no that's not right. There was a lady on my right up the driveway. There was blood; she had a scarf on her head. There was another lady on my left when I got further. I thought I was just seeing things."

Mr Nabi said he'd never seen anything like it and struggled to believe it was happening.

When he got to the mosque, he said he saw "a brother" leaning against the wall with a gunshot wound to his leg. Beside him, a jacket was placed over the body of his son.

"I saw a little boy with a jacket on top of his head. My heart was just going down, down. I realised this had gone beyond an injured person, a wounded person.

"I saw a lady who had been shot in the head."

These are the details Mr Nabi will never forget; his wife Arezoo Nabi said he was in a state of shock when she found him on Friday and he was struggling to sleep.

"For me it's not very hard. I grew up in Afghanistan but Yama grew up in New Zealand. For 12 years I haven't seen anything but if Yama sees this stuff it's very hard, [and] for my kids."

She said she switched the internet off but it didn't stop her children seeing a video of the massacre, taken by the gunman and distributed online.

They desperately searched for sight of their grandfather and hadn't given up hope he was still alive until Saturday night, she said.

Her daughter Zora had crouched low in the car, covering her body with a jacket, as her father ran to find her granddad.

Mrs Nabi said the eight-year-old was doing okay but she was nervous and didn't like sleeping alone anymore.

Mr Nabi said he never found his dad but he'd since heard stories his father pushed others out of the way before being gunned down himself.

"One thing about dad, he didn't put himself first.

"He'd go look for who's been injured, who's not; like giving someone a hand. He'd help people so that's what he did. He wouldn't walk out first."

Haji Daoud Nabi was a well travelled engineer who moved to New Zealand from Afghanistan as an asylum seeker in 1977.

"He'd been all over the world. He was in Upper Hutt and Lower Hutt but he'd travelled to Thailand, Holland and Europe. He loved travelling but he came here and started working."

Mr Nabi said his father had worked for Canterbury Engineering and was an Afghani community leader who went out of his way to help others.

His eyes lit up as he recalled his dad's love for cars and Harley Davidson motorcycles; but the thing he loved the most was his grandchildren.

After the shock of Friday, the Nabi family was now in the process of retrieving his body and preparing a funeral.

Mr Nabi said his mother had lost her soulmate and was heartbroken but it was the gunman who was heartless.

"I don't know what to say. I don't think he's a hero for what he's done. He's just heartless. He hasn't had no love. His heart is broken. That's why I call him heartless. He doesn't have feeling."

He said he took comfort if the fact that the man accused of the shootings as not a New Zealander, adding this country would always be his home.

"I was brought up in New Zealand so this is a home to me. The only thing is that everybody comes together. We're all human beings. Like I said any community; Māori, Christian, Hindu - everybody gets together."