Victim Support is defending its crowd-funding campaign set up for those affected by the mosque shootings, saying money will go direct to families. 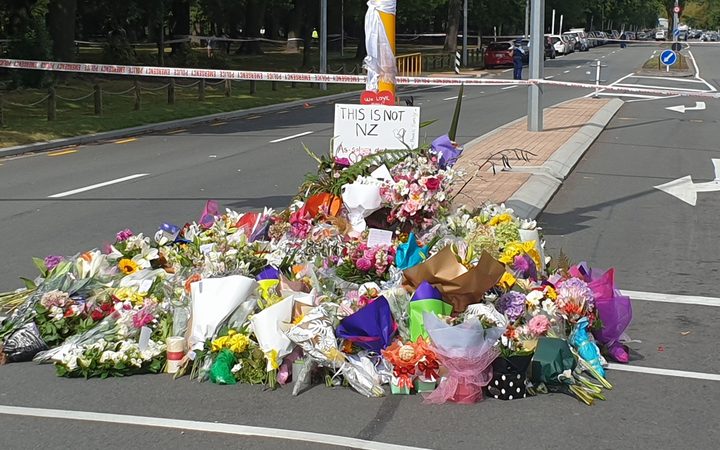 Flowers left at the police cordon after the attacks. Photo: RNZ/ Jonathan Mitchell

At time of writing a Victim Support Givealittle page had raised more than $4 million from over 51,000 people.

The organisation is a registered charity that also receives government funding, and provides a 24-hour support service as well as information and referrals for those affected by crime and trauma.

It employs about 120 staff throughout the country and has 600 to 700 volunteers.

However, some were raising concerns on the donation page about where the money would be going.

"Can you please make clear to everyone donating that this is not cash directly given to the victims' families," a donor Sarah wrote.

"It's very misleading and people are donating thinking it will go to them.

"However, I have read your policies about what you do and don't do and I feel you have mislead people about what assistance you actually will be providing to these families."

Another donor, Martin, said he now felt "unease" about how the funds would be used.

"We just wanted to get an understand, is that $3.5 million worth of counselling, or being distributed directly towards the families. We just want to make sure the funds are dealt with responsibly."

She said she would like to hear how the Muslim community would be involved in any decision making.

Victim Support updated its explanation of the donation page earlier today to reassure people the money would not go towards its own operations.

"Thanks to those who have asked for more detail around how these funds will be used to support victims and their families," it said.

"We want to be really clear about this, this money is being ring-fenced and is NOT for Victim Support's regular operating costs."

The general manager of funding and communications, Cam Cotter, said given the amount of money raised they are working to ensure it's distributed fairly.

"The amount of money is such that it's going to need a slightly more formal means of distribution than originally we would have thought for a small fund," he said.

He said they were getting in touch with Islamic organisations to see how they could help.

"We're just asking people to appreciate that this is still the immediate aftermath of the situation. It's going to take some time to make sure there are some fair and responsible management processes in place and that the community and victims affected are consulted about how these funds are used."

Mr Cotter said support would likely be needed across a wide variety of areas, but direct financial assistance for victims and their families would be one of them.

"We've already received a large number of referrals from victims affected by the incident and we're supporting them as need and availability demand. Some of them have asked for financial assistance and we're responding to those requests as we go.

"We are already in the process of releasing funds to victims."

Mr Cotter said he understood people's concerns but said it was an emotionally charged situation and he believed they had made their fund's purpose clear on the Givealittle page.

"We've got a large fund and let's make sure it's used carefully, responsibly, and in consultation with those affected."