The head boy of a Christchurch school is bringing the city's students together to pay their respects to victims of the mosque shootings. 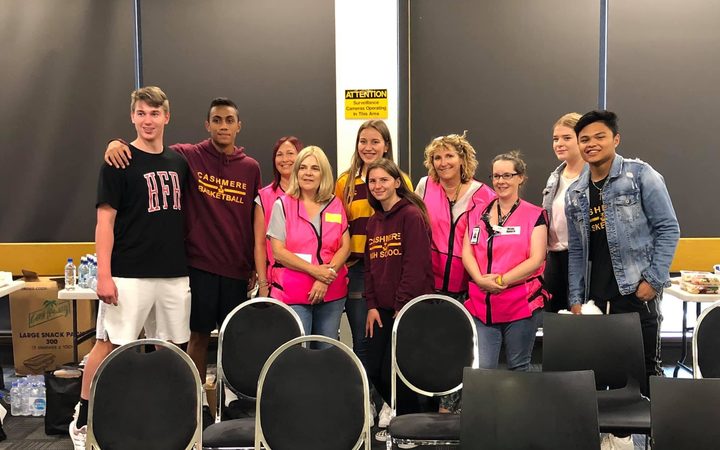 Six people associated with Cashmere High School were killed or injured in the attacks.

Cashmere High School's head boy, Okirano Tilaia, has been one of 140 students baking food for the victims' families and emergency services over the weekend.

Now he is inviting others to join him at a vigil for students tomorrow afternoon.

"I am just trying to take away the focus from the negative and create a positive movement for everyone in our community," he said.

"It is better to show some love and show how united our community is in Christchurch and not let these horrible events define who we are.

"We are going to rally up and circle up and everyone can have candles.

"I thought I would get heaps of students together at four o'clock tomorrow at the memorial at the main mosque."

Okirano said he had reached out to over seven high schools to welcome students from across the city to unite in the wake of the shootings. He said all are welcome.

"We will start off by lighting one candle and carrying on the chain until everyone has a candle lit and then we can have a moment of silence for those families before we sing a waiata about unity and strength, 'He Honore, He Kororia'," he said.

Okirano said he was in the process of checking in with the police to ensure the gathering would be safe.

The event has been listed on a Facebook page.

He said his initial effort to bake food for victims' families started with around five people. Shortly after, the word had spread and he was getting offers from over 100 people wanting to contribute.

"I thought instead of focusing on what the killer was doing, that I would try and get a bunch of friends together and do some baking to take to the hospital, the police station and the ambo bays," the 17-year-old said.

"When they saw us coming in with the teddy bears and food just seeing their faces light up in joy ... for a split second maybe they would have forgotten about the horrors of what had just happened."

In an email to students' parents on Saturday, Cashmere High School's principal, Mark Wilson, said the school's family was "grieving and suffering an unthinkable loss".

He later told RNZ the students' response to the shootings gave him hope. 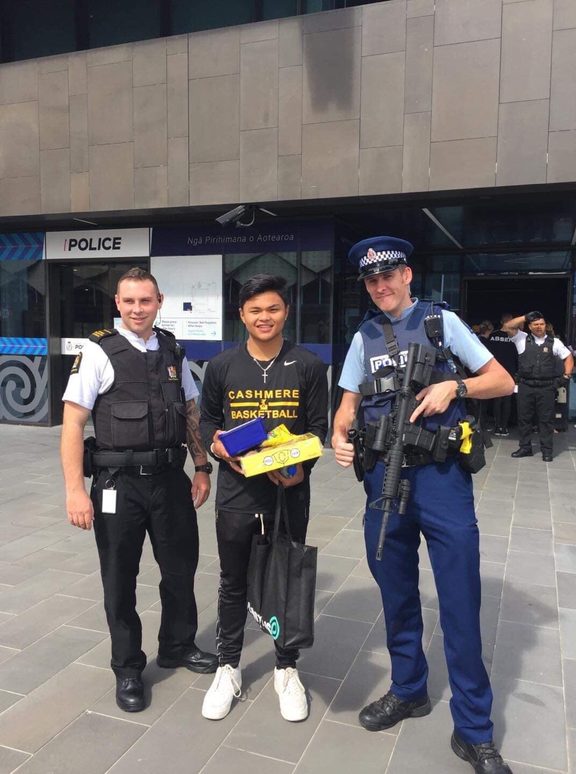 "Certainly none of these events have dented my faith in our youth and in our future, as a country, in terms of their capacity and willingness to turn such tragic situations as these into opportunities to show the best of humanity," Mr Wilson said.

In the email to parents, Mr Wilson said three students were on excused leave from the school to attend Friday prayers at the Al Noor mosque.

Of the three, he said only one is accounted for and is in hospital with a wound, but the other two students were still missing.

Mr Wilson said a past pupil of the school was also at the mosque at the time of the shooting and had not been seen since, and two fathers of students currently at the school were shot.

"Heaps of my friends are still in shock, knowing something so terrible has happened so close to home," he said. "And knowing people at the school have been impacted so severely."

The school has not identified any of the victims with connections to the school and said it would only release the names after it had been advised it was safe to do so.