A Northland Muslim woman has told a big crowd in Whangarei tonight that the man who slaughtered worshippers in Christchurch has broken hearts and families but brought New Zealanders closer together. 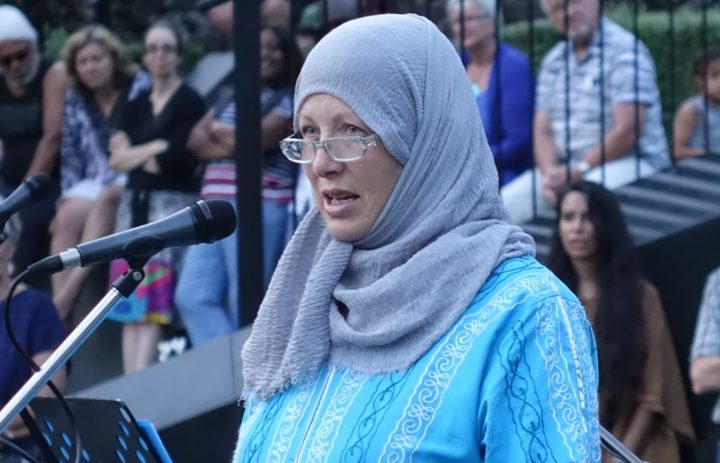 Shirley Rankin told the crowd that the huge outpouring of love and support for Muslims was a great comfort. Photo: Photo/Lois Williams

Shirley Rankin told the crowd of more than 2000 people at a peace vigil that the huge outpouring of love and support for Muslims all over the country was a great comfort.

Ms Rankin, who lost a friend in the attack, said people have been mourning not just the dead, but the loss of the safe and innocent New Zealand they knew.

She said the size of the response - including the financial one - proved those things were not lost, and that evil-doers would not win.

Shirley Rankin also spoke directly to the murderer, saying he'd sent his victims straight to paradise as martyrs, and only brought communities and churches closer.

Donations for families of those killed and injured in the Friday massacre topped the $4 million mark this evening.