The remaining 250 people who were evacuated because of the Tasman wildfires have been told they can return home today. 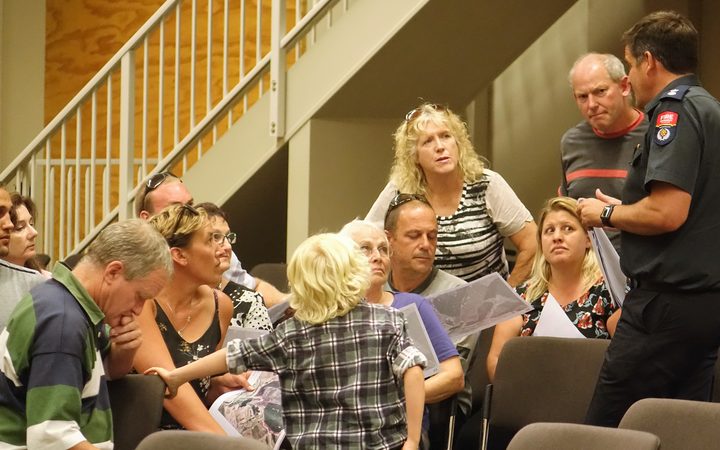 Residents are briefed on what to expect when they return home. Photo: RNZ / Tracy Neal

The residents are from 83 properties in the Redwood, Teapot and Eves valleys.

The decision applies only to residents of the valleys, and anyone going back home must remain ready to evacuate at short notice, Civil Defence Controller Alec Louverdis said.

Many of those now allowed home were at a community meeting in Hope last night - the sixth such meeting since the fire broke out two weeks ago.

Despite the hardship of being away from her home and her beloved horse, Rachel Lawry of Teapot Valley said living through a Civil Defence emergency had been an eye-opener.

"It's not something you want to go through but it is really fascinating to see how the agencies work together.

"Civil Defence keeps your property safe, so they keep you out, and that can be difficult but I get why they do that."

Ms Lawry was evacuated on the day her annual leave started two weeks ago, and said no one thought the emergency would last this long.

Mike and Gabrielle Waring of Redwood Valley have been out of their home for 16 days now.

They were also impressed by the follow-up support, and Mr Waring wondered even if it had been a little too much.

"So I was starting to feel guilty I didn't have any stress disorder."

Mrs Waring said it was getting frustrating not being home but having good, supportive friends they were staying with was a big help.

She could not praise the support agencies enough.

"It's been phenomenal. We got offers of help from all departments; Work and Income, Red Cross, the SPCA, and MPI for our stock."

A former chief executive of the Tasman District Council, Bob Dickinson, was now seeing emergency management as an evacuee from his home in Redwood Valley.

Mr Dickinson said it was the biggest state of emergency he had ever experienced.

"I think it's been reasonably well handled. I can't really criticise them and they've had to scale up really quickly, but everyone's just wanting to get back home." 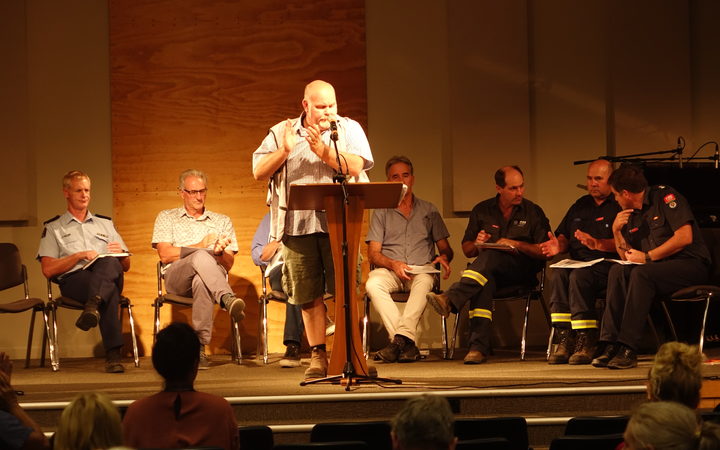 "There's still the chance that in the heat of the day, when there's wind blowing, for the fire to come up out of the ground and if it climbs up through the trees ... there's still a lot of fuel on top that can burn.

"If that happens it can cause a crown fire and that stretches the control lines we have in place," Mr Reade said.

Tasman mayor Richard Kempthorne said those returning home to the worst affected areas would be going home to a changed landscape.

The mayor's disaster relief fund has reached $318,000 and is now open for applications from residents and businesses.

Mr Kempthorne said that included contractors unable to work due to the current ban on the use of outdoor machinery.

"It's intended to fill gaps quickly where an immediate need exists - it's not a replacement for insurance or costs that might be covered by other agencies.

"Who we want to hear from immediately is people with immediate needs."

One of the four-strong council-led recovery management team said they were in it until the last ember was extinguished.

Adrian Humphries knew what lay ahead.

Police say cordons would continue to be tightly controlled, and would be lifted for residents only.