More than 20 homeowners claim roadworks on Auckland's Southern motorway have damaged their homes and are seeking compensation from the transport agency. 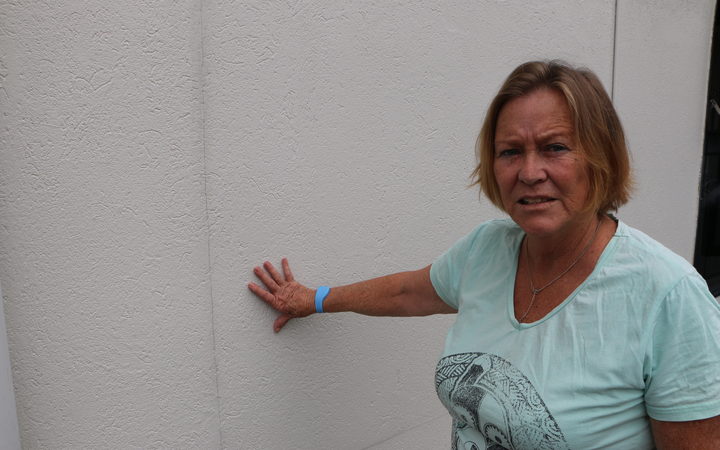 New Zealand Transport Agency (NZTA) is spending $268 million adding new lanes to the motorway. Construction started in 2015 and is due to finish at the end of this year.

The Transport Agency denies homes are being damaged by roadworks.

Lawyer Adina Thorn said she had seen the damage to homes, some cracked on the outside and inside, with windows out of line and fridges moved out from the wall.

She said the homeowners were "living in sheer hell" after putting up with months of noise and vibrations from the roadworks.

"These are normal people going about their lives who are absolutely stuck and it's essential that there is justice for these families and these people," Ms Thorn said.

"These are people who have mortgages, who have saved up all their working lives and now their homes are cracking."

She said residents had tried everything and were now desperate for a resolution, and she was calling on Prime Minister Jacinda Ardern to meet with her to see the damaged homes.

"I've got guys in their 30s and 40s saying they are having to take sleeping pills, they can't sleep, and they're on antidepressants. This is a social disaster and I personally would like to speak to Prime Minister Ardern about it."

Conifer Grove straddles Auckland's southern motorway and homes backing onto it have a 3m tall concrete wall at the end of their backyards.

She said when the roadworks were in full swing it was like living in an earthquake zone.

"The house starts shaking like you are in an earthquake. We've got cracks appearing around the window frames, all the doors jam and sometimes we can't open doors. At one stage it was so scary we were going to grab the babies and leave," said Ms Smith.

She said it no longer felt like a home and she wanted to sell it and move on.

Conifer Grove residents Dianne Walker and her husband Cliff bought their house more than a decade ago, and noticed the first cracks on the house after roadworks began on the motorway just over their back fence.

She said the cracks were getting bigger.

Ms Walker said it had been three years of "pure hell" dealing with the effects of the roadworks.

"It's horrendous, you just don't sleep at night. We don't know what damage we've got behind the cladding, water damage.

"The insurance wouldn't allow us to seal the cracks up because they had to follow their process and get the assessors out and they ended up taking nine months to do that, and then decline our claim." 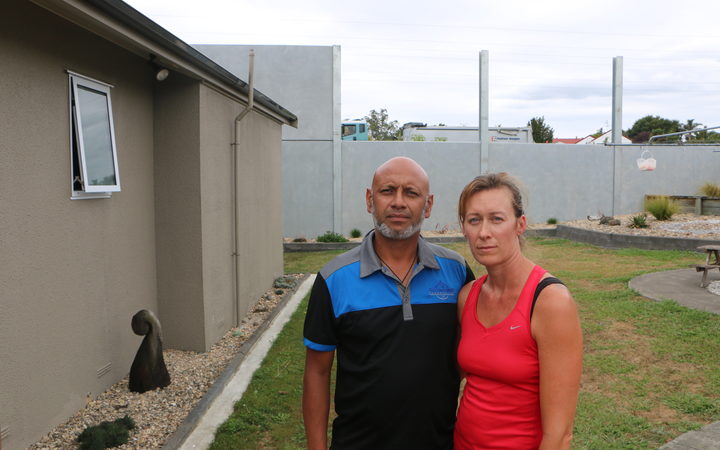 Conifer Grove residents Dianne Walker and her husband Cliff say they noticed the first cracks on the house after roadworks began on the motorway just over their back. Photo: RNZ / Amy Williams

Ms Smith said she would like the prime minister to solve the matter.

"Step up is all I want you to do, step up and repair what you broke. It's not a hard decision, where are the morals of these people.

NZTA senior manager for project delivery Chris Hunt said the homes that were at the centre of these claims were not new houses, and there were many factors that could contribute to damage, including prior to a project getting underway.

"The transport agency has a robust process in place for assessing and investigating damage and that process is being used for all of the claims to establish the best course of action for each one," Mr Hunt said.

"If assessments and property inspections conclude that the perceived property damage is not a result of construction work, then property owners are advised to contact their own insurance company to lodge a claim."

"From an engineering perspective, I would say what has happened here is really unique," she said.

"This is not a situation where engineers or NZTA or anyone else in that space has deliberately gone out to cause these people any wrong.

"But something's gone wrong here... these people are victims and we just need to sort it out.

"They feel like they're getting nowhere. There's a process and conversations going on around the levels of noise and vibrations, but there's no solution and we can all talk as much as we want but what these people really want is their homes back, their lives back."

Ms Thorn said the homeowners would like NZTA to buy their houses, or to pay compensation for the damage.