An international research team is arriving in New Zealand to tag and track a mythologised and declining native bird population. 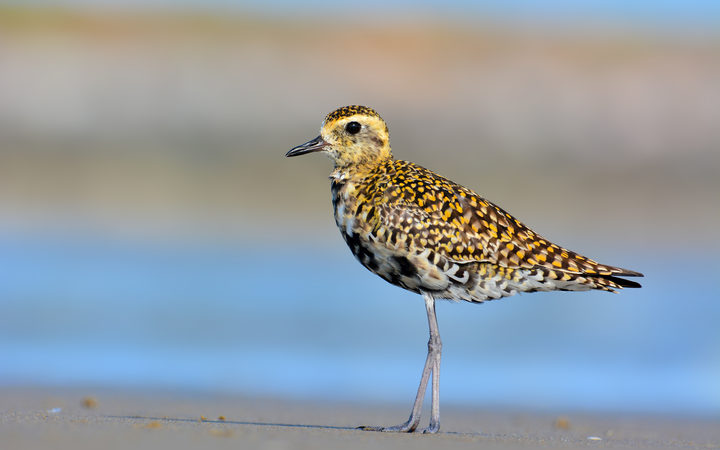 The numbers of kuriri have dropped to about 20 percent of the population that existed 30 years ago. Photo: 123rf

The kuriri, or Pacific golden plover, migrates from New Zealand to somewhere near the Arctic Ocean each year. Each time the population returns depleted.

The Pukorokoro Miranda Shorebird Centre, on the Firth of Thames south of Auckland, will try to catch 10 birds and fit them with a tiny $2000 GPS tracker.

The centre's Jim Eagles said world-renowned expert Wally Johnson from Montana State University in the United States and his team would arrive on Sunday.

Mr Eagles said there were many unanswered questions about the kuriri - whether it migrated to Alaska, Siberia, or somewhere else, and if they flew via Japan, Hawaii, or did not stop anywhere.

The most important part of the research is to work out why the population is plummeting.

In the past 30 years, numbers have fallen by about 80 percent.

Mr Eagles said several Pacific Islands incorporated the kuriri in their legends, that date back thousands of years.