More than 80 households remain unable to return home because of the Tasman fire. 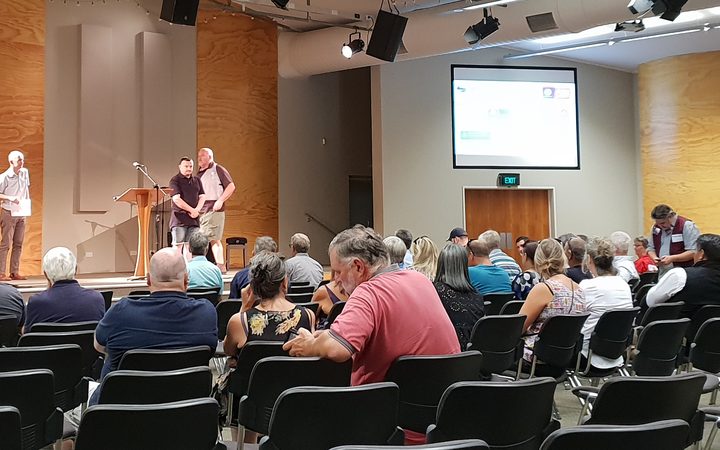 Many of the people who have been unable to return home looked tired at a meeting at Hope Community Church this afternoon. Photo: RNZ

Authorities have been briefing affected residents at the Hope Community Church this afternoon.

The residents were visibly tired and appreciated the advice they had been given by authorities.

The incident controller, Roger Sutton, said the residents' inability to return to their homes had nothing to do with a lack of resources to contain the blaze.

"We've got all the resources we possibly could need," he said.

"We're well resourced and they're ready there at the moment - they're jumping on every piece of fire, but if the worst case happens, we can't put people there to intervene between the fire and where it wants to go."

He said 14 households managed to return to their homes today in Pigeon Valley.

Properties in some other valleys, including Redwood, were able to get in after two o'clock.

However, Mr Sutton said the temporary access could stop tomorrow because of forecast strong wind.

Rain is expected later in the week.