First there were floods, then fire and now drought. 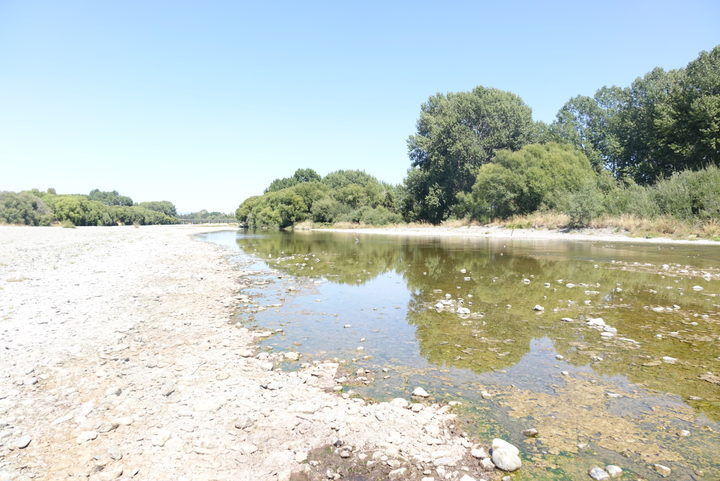 The Waimea River is at its lowest level since 2001. Photo: RNZ / Tracy Neal

The Waimea Plains, cradled between two mountain ranges, are usually immune to such extremes in the weather.

But a Tasman District Council water scientist says the wider area is facing its worst drought since 2001.

Joseph Thomas met with MPs and opposition leader Simon Bridges today on the Waimea River bed, which is now flowing at its lowest level in decades.

The region hit by two large ex-tropical cyclones a year ago, which sluiced out hillsides and tore through homes and crops, has been stricken by a large wildfire over the past 10 days.

Now it's as dry as a bone, with no immediate relief in sight.

Mr Thomas, who has been working as water scientist in Tasman since 1992, said the situation is now dire.

"This is as bad as I've seen it since 2001. Back then the river went dry, but a lot later - we're earlier by a month so if it doesn't rain we'll be in a dire situation." 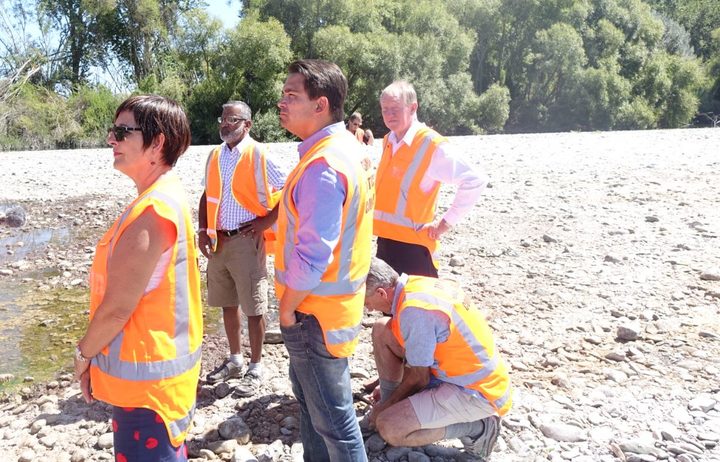 Mr Thomas said it was not only the Waimea basin but the whole district was extremely dry, right across to Golden Bay.

He said from Monday, water cuts on the Waimea Plains would increase from the current 50 percent to 65 percent.

"Based on the flow monitoring we'll do on Monday and Tuesday, there will be another meeting of the Dry Weather Taskforce and a decision will be made as to what further action may need to be taken in terms of cut backs."

Mr Thomas said for householders, there was now a complete hosing ban - meaning no watering of gardens, and the worst-case scenario was water being delivered to homes by tankers and people having to collect water in buckets.

"We have three weeks of water before the Waimea goes from bad to dire in terms of river flows."

For local iwi, the situation has brought not only cultural consequences, but economic distress through the effects on businesses owned by Wakatu Incorporated.

Te Tau Ihu iwi (top of the south) are shareholders in Wakatu, and collectively own and operate a number of orchards, vineyards and farms now affected by the dry weather. 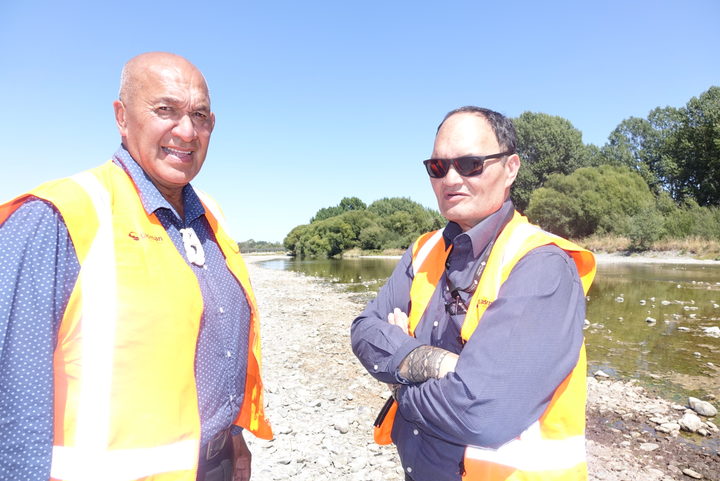 Iwi spokesman Barney Thomas said the biggest issue was the life-force of the river.

"To run that river dry is going to kill the river."

"Our councils and authorities are driven legislatively, whereas we come from a cultural perspective and if we had anything to do with this, the restrictions would be harder, so the water and the life-force of the river would be maintained." 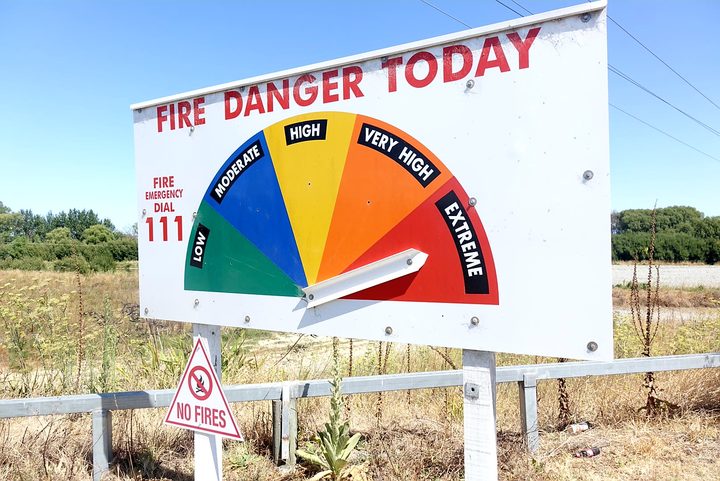 First there were floods, then fire and now drought. Photo: RNZ / Tracy Neal

Mr Thomas said he had not seen the river in such a state, but the problem extended further.

Without drastic steps now, the district would be without water, he said.

"As kaitiaki we have that responsibility for our generation, and our future generations."

Joseph Thomas said the challenge is also keeping salt water out, from the large tides which can make their way high up the Waimea River when its level was so low.

For the first time an emergency bund has been built in the river's lower reaches.

"We're trying our best with this bund to keep out the king tides. We will know late next week, if we don't get rain, our monitoring will show how much worse it's going to get."