A sexual abuse survivors' advocate says she can no longer refer people to the Catholic Church's body for dealing with complaints, saying it is dangerously incapable of dealing with victims. 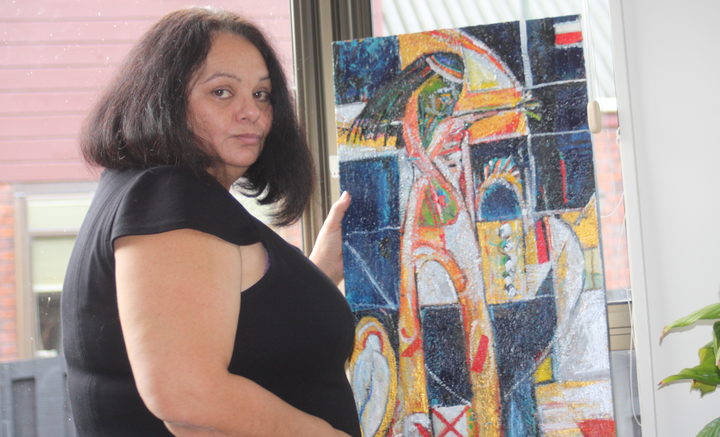 Annie Hill said the National Office for Professional Standards (NOPS), which manages the Church's complaints procedure, had been chronically slow responding to emails, was not transparent and had demonstrated a dangerous lack of empathy with very vulnerable people.

Another clerical sex abuse survivor accused a NOPS complaints assessment committee of re-victimising and manipulating him after attempting to broker deals to mitigate a religious order's financial liability without his consent.

Ms Hill, 56, established the Abused Catholic Children Education group to liaise with Church authorities and offer advice to victims, after she released details in June about her own abuse at the hands of Dominican theologian Fr Michael Shirres, who preyed on her from the age of five.

It transpired the Church knew of abuse claims against Fr Shirres from 1966, even though it claimed his predatory behaviour only came to light in the early 1990s, when he was withdrawn from public ministry.

After Ms Hill went to the media, dozens of people approached her with their own stories and she subsequently advised many of them to enter the NOPS process to register complaints and seek help and a just resolution from the Church.

The Whangārei woman said she now felt she had let victims down in doing so.

She said she emailed the Catholic Bishop's Conference 'communications' email to get in contact with NOPS three times over a period of months and only received a reply from NOPS last week.

She was told by Church communications manager Dame Lyndsay Freer that the email address, still on the website, was no longer used and it was "quite possible the [emails] are floating around somewhere in cyberspace".

Ms Hill said: "We don't know how many victims have also been lost in the system this way, people desperately looking for support…

"It shows they have no empathy for the extent of the trauma people are suffering.

"Waiting even a week for a reply to a traumatised victim is agonising and presents a serious danger to their wellbeing.

"For me, I've come to the painful conclusion the Church is incapable of responding properly in a wider sense. It's like a cancer sufferer presenting themselves to a doctor who doesn't have a treatment plan."

She said NOPS director Virginia Noonan had also failed to adequately answer a query on whether her office was investigating claims by a former Church employee who told her many suspected predatory priests were sent away from New Zealand to the Pacific region.

Ms Hill advised victims to approach police and seek the advice of a lawyer and ensure they also received support and counselling at the same time.

Mrs Noonan told RNZ she welcomed the opportunity to speak with Ms Hill about how the Church's protocols could be improved to better meet victims' needs.

"I acknowledge that it is vitally important we are responsive to complainants in a timely manner, and we have been looking at our own internal processes to see where improvements can be made to ensure we are communicating effectively and efficiently," she said.

Regarding the Pacific region concerns, the former Christchurch lawyer said all complaints against clergy or religious were "investigated according to the Church's protocol (A Path to Healing), which would include looking at an accused person's movements while in ministry".

Another victim, who did not want to be named, said he had been stonewalled after demanding to know why a Church representative had attempted to negotiate payment for counselling sessions on his behalf with a religious order after she had promised not to do so.

The individual had complained in early 2017 against two religious orders, the Society of Mary (Marist Fathers) and the Marist Brothers, seeking compensation and counselling provision, over abuse suffered in Hastings during his school years in the 1980s.

He said he had requested the Marist Fathers pay for more counselling sessions to deal with abuse from a Marist priest after it had initially only agreed to pay for five and then refused to pay for more.

The man's counsellor called the offer "tokenism" and advised him he would need ongoing therapy of between 40-80 sessions and that ongoing involvement of the Society in the counselling process presented a conflict of interest.

The victim said Judy McCormack, a member of the Society of Mary Sexual Abuse Protocol Committee and delegate to NOPS, then approached the Marist Brothers instead to pick up the tab for several more counselling sessions.

He sent her a message asking why she had gone against his wishes. He said he had received no reply.

He said not only did Mrs McCormack and the Society of Mary (Marist Fathers) seek to control the process in this manner, she also sought to control the terms of counselling, to his detriment.

"Whereas my counsellor is attempting to help empower my voice, these people working for the NOPS are doing the opposite," he said.

"The Society of Mary is very concerned about me speaking out about the abuse, but has little concern about my wellbeing.

"McCormack also demanded that my counsellor send reports to them to assess whether I needed more sessions. She was undoing the good the counselling was doing. Furthermore, it's humiliating to have to beg for adequate counselling."

The man said he felt re-victimised by the process, which he claimed entirely excluded him in the decisions. He was not surprised that many victims were reluctant to use it as a means of redress.

"It doesn't empower," he said.

"On the contrary. The process is akin to a fishing net that trawls for complaints before they reach the media and the police.

"It appears to be in place to show the world that the local Catholic Church is addressing clerical sexual abuse and seeking resolution for victims, but this is a harsh process for victims. It is not victim-centred at all."

When asked for comment Judy McCormack forwarded RNZ's request to the Society of Mary, which referred it to Church communications spokesperson Lyndsay Freer.

Dame Freer said the Society did not comment on individual cases but that "healing requires a delicate balance of time and remedial action". She said any individual can request a review of the process.

Ms Noonan clarified that any review would not be independent and would be overseen by NOPS itself. She said if someone had a complaint against a Society of Mary committee member they should approach Wellington-based Marist leader, Provincial Fr David Kennerley.

A Path to Healing, published in 1993, sets out the Church's protocols to address abuse claims and deal with victims in a dignified, transparent and timely manner.

It also outlines "safeguarding" principles governing its institutions and religious orders, and is currently under review.

Liz Tonks of the Network of Survivors of Faith-based Institutional Abuse said the protocols were flawed because these confused the roles of justice and pastoral care.

She said bringing religious institutions under the terms of reference of the forthcoming Royal Commission into Historical Abuse in State Care would make the NOPS role of agreeing a justice package with victims redundant, so it could then simply offer pastoral care to anyone who wanted it.