A Catholic bishop says the Church could consider releasing the names of clergy who abuse children, even if they don't go through the courts. 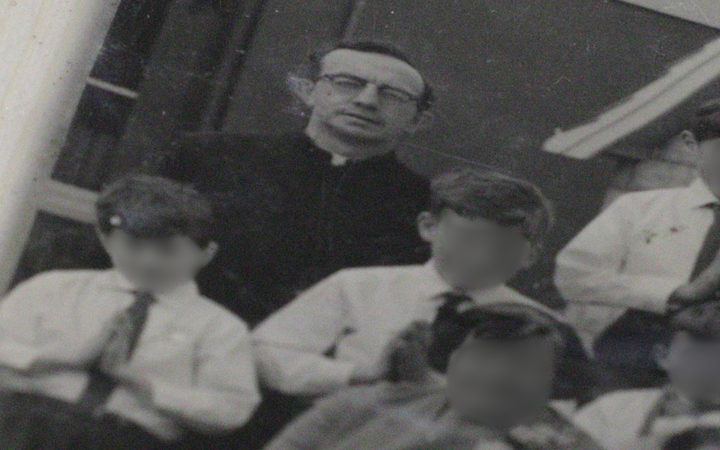 Bishop Paul Martin has released a file on predator priest Cornelius O'Brien to one of his victims, a Christchurch man now in his 50s.

The church would also consider making public the names of abusers even when they had not gone through the courts, but where church investigations had found they were guilty, the bishop said.

"You could publish the name of people who have had complaints upheld against them, yes," he said, indicating he would raise this approach with the conference of New Zealand bishops.

Currently, if a church investigation upholds a complaint against a cleric, and the complainant does not go to police, then the cleric's crime remains hidden from most people.

Two victims spoke to RNZ this week about O'Brien abusing them in the 1960s and '70s.

They are convinced the church knew early on of the attacks, and this was why he was moved from parish to parish.

That did look suspicious, Bishop Martin said, but in fact it was not unusual for visiting priests to be moved around a lot.

"As a church we're very sad that it's happened - it's more than unfortunate, it's terrible for those who were his victims," Bishop Martin told RNZ, speaking out about the case for the first time.

There was nothing in the file indicating the church knew of O'Brien's crimes between 1963, when he arrived in Canterbury from the UK, and 1976, when he was convicted in court of indecencies with a boy, he said.

Subsequent investigations showed the priest began abusing a four-year-old boy in 1964. O'Brien went to the grave in 2012 denying that.

That victim did not go to the police at the time; he had now received the full file, and told RNZ if he had known about O'Brien's denials, contained in correspondence with the church, he would have taken legal action against the priest.

His complaint, lodged in 2004, was accepted as true by the church in 2008; a second complaint, in 2016 by Christchurch chef George Russell, was investigated and upheld last year.

Mr Russell knew nothing of the first complaint till now.

Both victims urged the church to make abusers' names public to help victims.

At the very least, this could help avoid the embarrassing situation where Cornelius O'Brien's name crops up in a 2007 church newsletter that lists priests who "gloriously blessed" the diocese.

"Well, I think we certainly don't want to be giving thanks to God for what he did while he was here," Bishop Paul Martin said.

"I would agree that it would have been better to take his name off the list. Perhaps the person who put the list together wasn't aware that he had had complaints made against him."

In 1976, a newspaper report from court quotes a doctor's report saying Father O'Brien was getting treatment for "a severe psychological problem" and if treatment continued then it was "unlikely" he would offend again.

He got permanent name suppression at the time.

He returned to the UK that year; there was no evidence he abused any children there, Bishop Martin said.

The file he had released showed the New Zealand church told the UK church about the 1976 conviction and kept tabs on O'Brien, he said.

"They kept asking for reports on him.

"In 2004 when the complaint came in here, that complaint then went to England and he was not allowed to be in ministry."

In 2008, O'Brien threatened to sue the Christchurch diocese and the victim, for libel, but that did not eventuate.