A bid to change a Dunedin school's name is gaining traction following accusations its namesake covered up sex abuse. 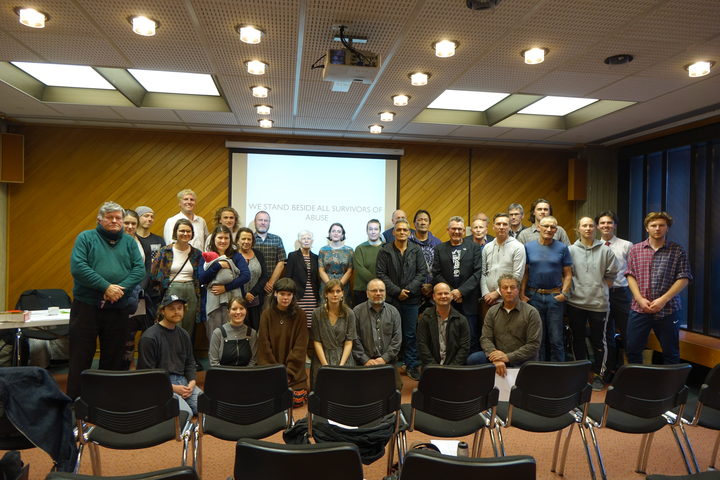 Some of the 50 people who attended a meeting pushing for a name change for Kavanagh College Photo: RNZ / Tess Brunton

Kavanagh College is named after the late Bishop John Kavanagh. There has been growing pressure for a name change after revelations the bishop sent a predatory priest to Australia for counselling instead of contacting the police.

Dunedin priest Father Magnus Murray was convicted in 2003 of abusing four Dunedin boys between 1958 and 1972. He served less than three years and has not been defrocked.

At a meeting on Wednesday night, dozens of students, former pupils and abuse survivors backed the demand for a name change.

A man who wants to be known only as Patrick, who was at the meeting, said he was an altar boy when he was sexually abused for close to a decade by Father Murray.

"In those days, priests were very powerful in the church and you didn't speak out against them," Patrick said.

"I was a 10-year-old boy and I didn't know what he was doing to me was sexual abuse. 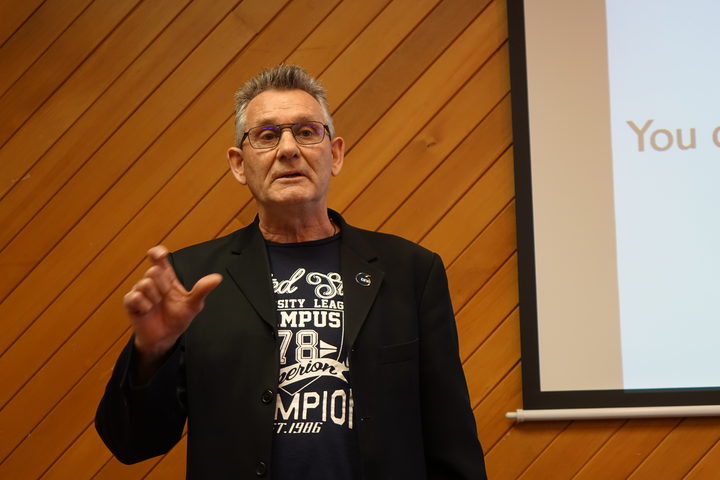 About 50 people attended the meeing calling for a name change for the college.

Former pupil and co-organiser Sam Murphy said keeping the name sent a message that perpetrators would be protected and survivors would be dismissed.

"We live in a culture at the moment which prioritises people in positions of power and often empowers them to cause harm to other people," Mr Murphy said.

Ken Clearwater from the group Male Survivor Aotearoa agreed, saying a name can re-traumatise those who've been abused.

"Survivors get triggered pretty easily and a name, that name ... one of the guys couldn't even walk past the school.

"It has a huge effect psychologically."

The Bishop of Dunedin Michael Dooley, who was at the meeting, was uncertain about when he would make a decision on the name.

"I don't know ... it's very much starting off and listening, and talking with other people and seeing where we go from here," Bishop Dooley said.

A current student, who asked not to be named, is backing a name change.

"This is an opportunity to make a change that has potential for a huge positive difference for the future, but also has the potential for a lot of implications on the church and the school and the community."

Larissa Hinds from Rape Crisis Dunedin said organisation attended the meeting in a show of solidarity for survivors.

"It's not just about a name change for a school, it's about how we think that survivors should be treated in our communities and how we envision a future that says no to this type of abuse," Ms Hinds said.

The College Board of Trustees will discuss the name change in a meeting on 30 October.