Priests in the Wellington region are praying and fasting today to atone for clerical sexual abuse, but victims say the theological approach misses the point and demonstrates the Church is not listening to victims.

The public gesture follows a letter from Pope Francis in August, in which he asked all Catholics to fast and pray in order that their ears might be opened to the "hushed pain felt by children and young people" as a result of clerical abuse.

Monsignor Gerry Burns, the vicar general of the Wellington Archdiocese, said priests decided to do the fast day as a way of committing to a change of heart and a change in the church structures which allowed child abuse to flourish.

He said traditionally fasting involved going without food, but there were also other things the priests could give up.

"Maybe some of the more challenging ways are to go without your iPhone for a day, that might be even more taxing, but I think a simple way is to go without food.

"In this case the Pope asked us to particularly focus on the sufferings of those who've been abused - so it's to try and put ourselves in some small way in solidarity with them." 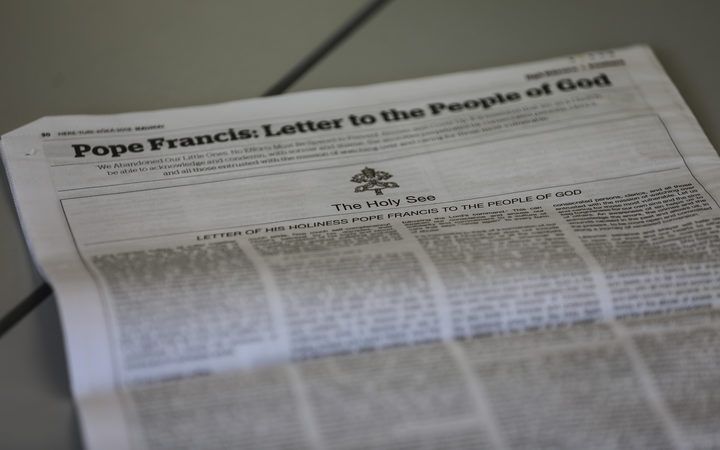 Pope Francis asked all Catholics to fast and pray so they could listen to the pain felt by children who have been abused. Photo: RNZ / Richard Tindiller

But abuse survivor Darryl Smith would rather see priests and other church officials meeting with survivors and compensating them properly.

"You can make a public statement to New Zealand people saying, 'Hey, we want to be part of the Royal Commission, we want to be investigated totally, [we want to] hand over the guilty."

Another victim of abuse, who cannot be named, labelled the priests' fast as hypocritical.

"Jesus condemned as hypocrites those who make public displays of prayer and fasting. He said, 'When you pray, don't be like the hypocrites, for they love to pray on the street corners.'

"What's more, fasting and prayer without good works is only self-indulgent exhibitionism."

The fast was not victim-centred and did not help any practical way, they said.

"Why don't they first give justice to the victims, then hold the perpetrators accountable and then pray?" 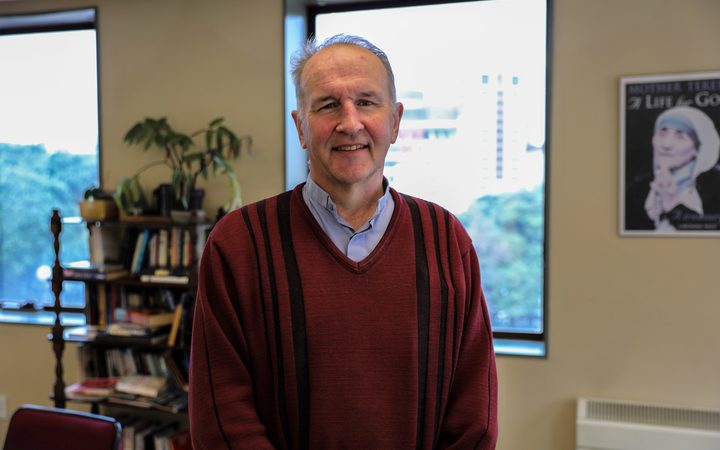 Monsignor Gerry Burns said he realised that for abuse victims a fast might not mean a lot. Photo: RNZ / Richard Tindiller

Father Burns said he realised that for abuse victims a fast might not mean a lot.

"There needs to be more than just a fast. This is only a small step along the way, but the object is to try and focus our attention as priests on the importance of this question, the damage that's been done, the significance of what's happened."

After Mass last Saturday night, parishioners at the Sacred Heart Cathedral were generally supportive of the priests' fast.

"I think it's a recognition that there is a whole lot to be accounted for," said one parishioner.

"I think it's a dangerous thing though to think everyone's tarred with the same brush, but they are at least facing it head-on."

Meanwhile Father Burns said it was impossible to say if sexual abuse was still occurring in the church, but believed greater awareness made it less likely.