Pope Francis has removed the priest at the centre of Chile's clerical sex abuse scandal. 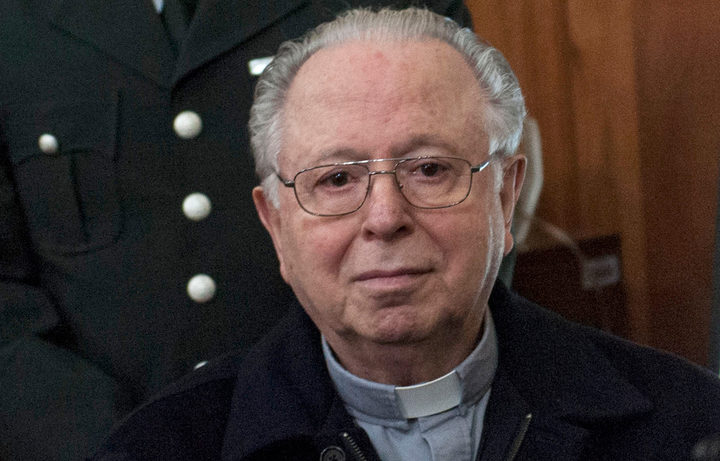 In a statement, the Vatican said the pontiff had defrocked Fernando Karadima for "the good of the Church".

The 88-year-old former priest had previously been sanctioned to a lifetime of "penance and prayer" for having sexually abused minors.

In June, the Pope accepted the resignations of three Chilean bishops in the wake of the scandal.

They included the controversial Juan Barros, who was accused of covering up sexual abuse committed by Karadima in the 1980s and 1990s.

The resignations came as two Vatican envoys travelled to Chile to investigate the claims and advise dioceses how to respond.

Police and prosecutors in Chile also raided offices and seized documents from the Catholic Church in the capital Santiago and in the city of Rancagua.

Karadima was found guilty of abusing teenage boys over many years in a Vatican investigation in 2011. He was not removed from the Vatican at that time and denies wrongdoing.

He was not subject to a criminal prosecution in Chile because of the country's statue of limitations and is believed to be living in a care home in Santiago.

Pope Francis said he felt "pain and shame" over the scandal, which has rocked the Catholic Church in Chile.

But the pontiff became involved in the controversy surrounding Juan Barros in January, when he said that allegations against the bishop amounted to "slander".

About 80 Roman Catholic priests have been reported to authorities in Chile for alleged sexual abuse over the past 18 years.

Under Pope Francis, a Vatican committee has been set up to fight sexual abuse and help victims.