A trust which helps military personnel hopes to secure Prince Harry as its patron for a fundraising event in January. 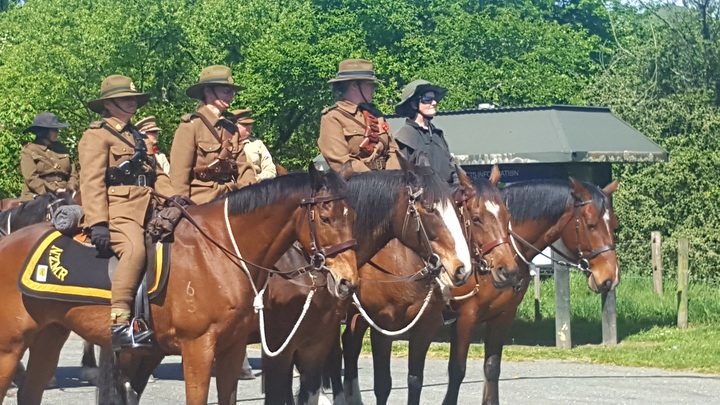 Members of the trust rode their horses through the tiny South Island village of Tapawera at the weekend to raise awareness of the work they're doing, and to honour soldiers past. Photo: RNZ / Tracy Neal

Members of the trust rode their horses through the small South Island village of Tapawera at the weekend to raise awareness of the work they are doing, to honour soldiers past, and the thousands of horses sacrificed in the war effort.

Of the 10,000 horses that left New Zealand, only four came back.

Tapawera is about 50 kilometres inland from Motueka, and was the main training ground in the top of the South Island for troops heading to the First World War.

And like many small towns, the losses were huge and families still carry the scars.

Sarah Arnold said her relatives joined up like many from around the country - farm boys who jumped on their horses and rode away.

"I've always thought to myself, what did that do to these communities - these young boys leaving families and farms behind, and also thinking, well ... the ones that didn't come back, and the ones that did - how did they pick up the reins, so to speak."

Ms Arnold organised Sunday's remembrance ride as a lead in to next month's commemorations marking a century since the end of World War I. 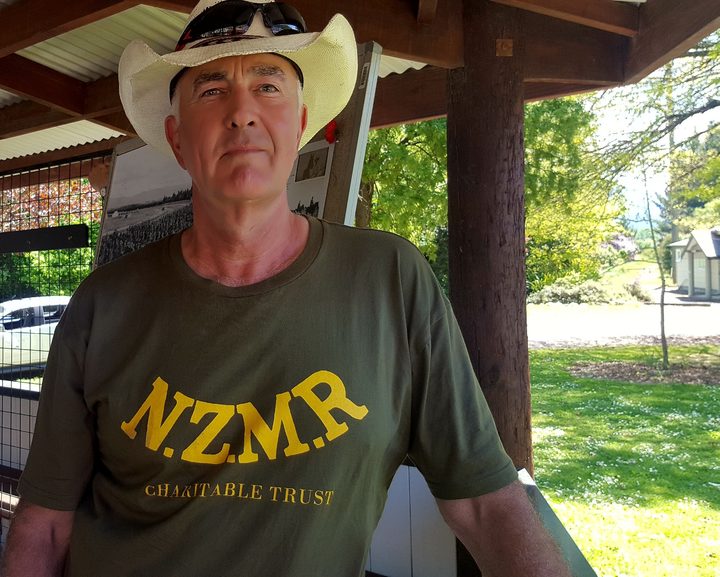 Mark Appleton said a group of war veterans and others still serving will travel more than 100km on foot or on horseback. Photo: RNZ / Tracy Neal

The ride was staged by the Mounted Rifles Charitable Trust and led by its president Mark Appleton.

Ms Arnold's father, Chris Arnold, read the roll of honour at the Kohatu war memorial, which included several Arnold family names, plus others from around the district who never returned. 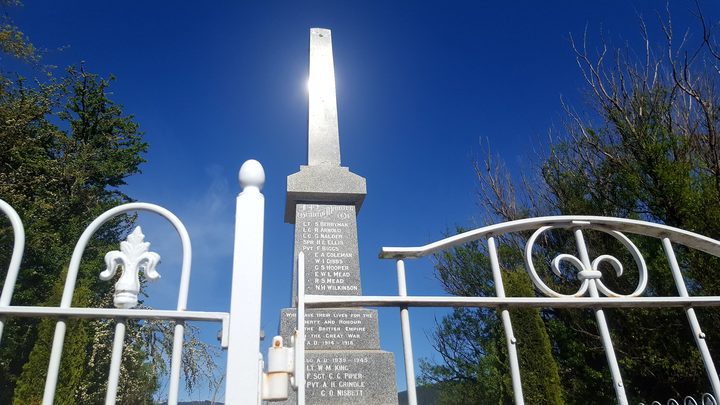 Sarah Arnold looked closer at the impact of loss on small-town New Zealand, while studying for an arts degree.

"I did extensive studies into all sorts of the things - memory, loss and there's some amazing theories out there and a lot of work is being done now, because people realise it's 80 to 100 years after a significant traumatic event before it can be processed."

She said more work needs to be done to understand the extent of the damage.

"I wonder how much of an impact this has had on the mental health of New Zealand, because we've got this huge issue with depression. How many of those men coming back and not talking; their families not talking. I'd like to further my research into that." 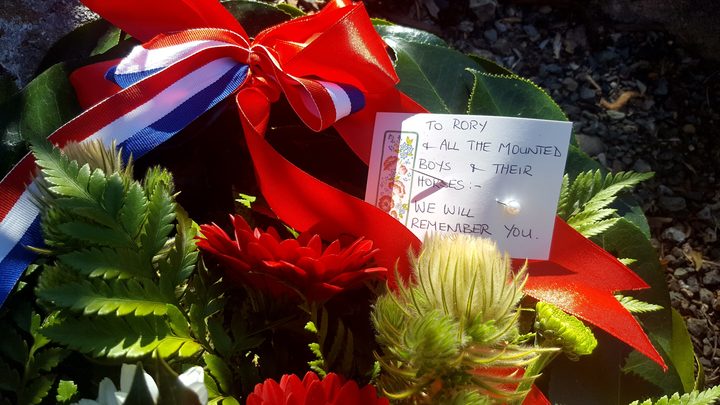 The Mounted Rifles Trust is working to create better awareness of the long road to recovery from post-traumatic stress injury.

In January it will re-enact the Long Road Home taken by soldiers when they returned to New Zealand.

Mr Appleton said a group of war veterans and others still serving will travel in period uniform on foot or on horseback more than 100km through an old drovers' route via Rainbow Station towards Hanmer.

"It was set up originally to commemorate the soldiers returning from World War I. They would arrive in Wellington and then have to make their own way home.

"We want to make it an annual walk and we've asked Prince Harry to be our patron, and we're just waiting to hear back from him now."

The trust will raise money through online donations.